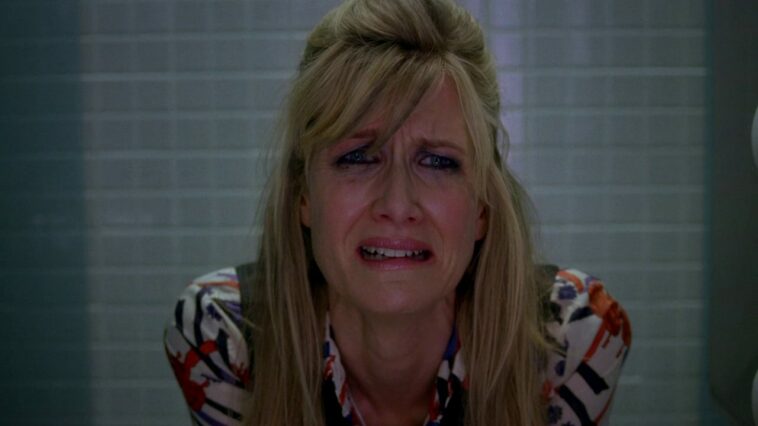 HBO’s Enlightened was a show about hope. That may sound like an oversimplification, but it was about the excitement hope brings, as well as the stubbornness, annoyingness, and pure anxiety and mental torture that comes along with it. Above all her very human faults, Amy Jellicoe (played beautifully by Laura Dern) was a hopeful person: hopeful she could escape her problems surrounding her work, love life, and home, and hopeful she could change the world for the better (even if that meant bettering her life in the process). This hope, and the many real-world cruelties Amy faced while on her journey, are what made Enlightened such a poignant show, and its sudden cancelation still stings.

Nobody likes to feel insignificant. Don’t we all, in some capacity, want to help make positive changes, not just for ourselves but for the world around us? Amy Jellicoe takes on this Sisyphean task, determined to be a so-called “Agent of Change” as she tirelessly works for a “better future”, whatever that means.

Written by Mike White (who recently wrote and directed HBO’s The White Lotus), HBO’s Enlightened struggled to find an audience during its two-season run from 2011 to 2013. Personally, I found the show to work better with all the episodes readily available, instead of the weekly format. Enlightened’s plot moved at its own pace. Sometimes as Amy’s latest mishap started to ramp up, the show would slam the breaks to take a quiet detour, observing a day in the life of Amy’s mother Helen, or Levi’s struggles with sobriety.

The show also wasn’t afraid to get depressingly bleak. In the episode “The Weekend”, Amy giddily plans a couples kayaking trip with Levi, convinced it will help them connect with nature, gain new friends, and bring them closer together again. Instead, Levi secretly continues to use drugs, Amy loses her temper, and the pair grow envious and insecure over the happier couples they’re canoeing with. The episode ends with the pair ditching the trip, and Amy sadly watches Levi get high in a motel room while she wonders why the happiness of the other couples is such an unachievable goal. Enlightened was never afraid to let its audience sit in these uncomfortable feelings—little reminders that sometimes no matter how good your intentions are or how hard you work, life gets in the way.

The show juggled many topics, like the false promises of wellness culture, mid-life crises, and the dehumanization of the corporate grind. It never fully condemned them, though, with Amy truly finding some happiness from her wellness retreat buddies, and Szidon even being open to Amy’s environmentally friendly ideas before her exposé messes things up. Nothing in Enlightened’s universe was truly perfect or sinister, instead just flirting between the lines.

Season 2 ramped things up in Enlightened‘s final season, engaging new viewers as Amy decided to take down her corrupt company from the inside, hoping to expose the corporate abuse and environmental ruin Abaddonn was causing. Amy flailed around in Season 1, desperate to make friends, reconnect with her ex-husband and mother, and become the girlboss she thought she could be. Season 2’s Amy injected herself with new life, convincing herself she was a brave crusader for the people as she worked with journalist Jeff Flender to build up evidence against her company. Amy’s conviction and hope were so strong that you couldn’t help but believe in her, which made it all the more heartbreaking when it eventually comes crashing down.

HBO’s Enlightened ended on a semi-unsatisfying conclusion and cliffhanger. When Jeff’s exposé comes out, Amy is immediately fired, hit with a multi-million-dollar lawsuit, kicked out of her mom’s house, and left unsure where her future was headed next. As always, Amy remains hopeful, even in the face of unfairness and cruelty. It’s a far cry from the hysterically sobbing woman screaming, “I WILL BURY YOU! I WILL KILL YOU, MOTHERF*CKER!” in the show’s premiere.

Mike White has stated he hoped Season 3 would focus on Amy’s court case, along with the introduction of her sister (who had been mentioned throughout the show but never seen). It could’ve been an intriguing focus into the very real-life consequences of Amy’s “Agent of Change” crusade, with her sister shedding light onto the Jellicoe family dynamics that were often alluded to but never fully discussed.

Many shows reach their natural conclusions, but HBO’s Enlightened (and Amy herself) deserved more. While the series ended on a bittersweet high, Enlightened and its characters had so much more to say, observe, and fight against in this screwed-up world.

More From: Cancelled Too Soon