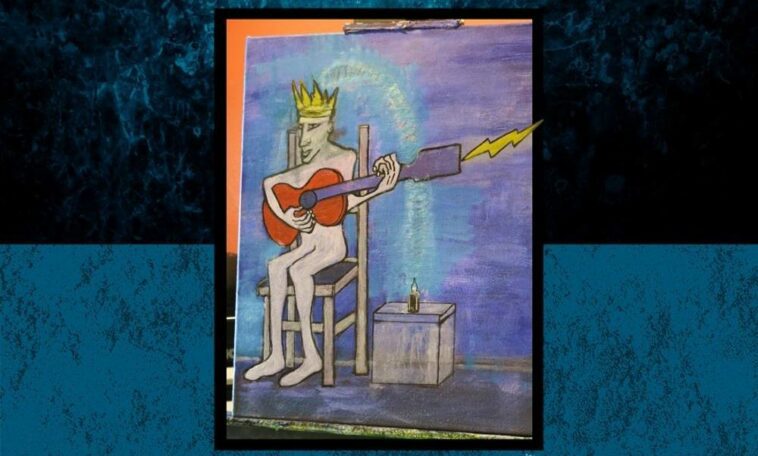 This has an inevitability about it. When you’re a great exponent of Southern Rock with a dash of Funk on the side, the Blues are never far away and Gov’t Mule have visited it in Heavy Load Blues. With real class.

Band mainman Warren Hayes told the Gov’t Mule website, ‘For me, personally, it’s kind of been on my list of things to do for years’. He also reveals that it could have been a solo or Mule record.

It’s important that it’s an album in the Gov’t Mule canon. It continues their journey.

And he fleshed out this Blues Rock feel for Glide Magazine, ‘Well, so much of what I do, and what Gov’t Mule does, is influenced by the blues anyway that if we were going to make an actual blues record, or what I consider to be kind of a traditional blues record, we wanted it to be not just a modern version of the blues but to try to capture sonically the way the old records sounded, the way they felt and the kind of philosophy that went into the way they’re made’.

The lovely laid back horns from Pam Fleming and Buford O’Sullivan are warm swelling things, for ‘Hole In My Soul’, Danny Louis’ organ a simmering presence throughout and Warren allowed to add his spitting guitar to it; this Hayes original has anguish among the caressing horns.

The beginning and end from Junior Wells, the middle from the band, the beat fits in with the quirky riff, making us move (or nod our head at least).

Then segueing to Gov’t Mule jam with nice grumbling, squelching organ and screaming in pain Haynes guitar, it comes to a very definite crescendo.

And then it’s back to Junior to take us home—a mini suite, stretching what’s expected from the music.

That happens again in Haynes’ slow Blues song ‘If Heartaches Were Nickels’, taken back from Joe Bonamassa, which starts to strut a little on his guitar and organ stabs before sitting down and telling you its sad story.

And it’s so good to hear Tom Waits and Kathleen Brennan’s ‘Make It Rain’; they add some flowers to it, the original doesn’t have as much sway, as you may expect.

We have ‘Ain’t No Love…’ too, that song synonymous with Whitesnake but written by Michael Price and Dan Walsh, delivered by Bobby Bland.

Here it’s given a faster pace, more like the original, the organ bubbling away as if to say ‘this sounds better as a saunter’, then beguiling us with a soft solo.

And the greasy Blues Rock is fattened by a honkytonk piano in Haynes, Huckaby and Sisk original ‘Love Is A Mean Old World’ and ‘I Asked For Water (She Gave Me Gasoline)’ is a more of a brooding monster than the Howlin’ Wolf original.

Haynes told Guitar World, ‘It’s not a blues/rock record—it’s a blues record. We wanted it sonically to sound different from a normal Gov’t Mule record.’ And it does, although the grains of a band enjoying themselves.

And one more thing—this doesn’t sound like a Blues album. It sounds like a band playing the Blues and allowing their preferences, influences, style to come out.

As Warren explained to liveformusic.com, ‘We set up everybody on top of each other, no headphones. I was singing through a vocal monitor like we were on a small stage like an old blues club or something. We recorded completely live.’

And it does have a playfulness, a sense that things are not regimented and can go places.

This gives a double delight; you can enjoy the link to the original or you can enjoy Gov’t Mule; Messrs Haynes, Abts (drums), Carlsson (bass) and Louis (keys, guitar, loads more) breathing their own life into the songs.

Music doesn’t exist in a vacuum. If you write a song, it’s a snapshot of where you are when you wrote it. Then you and a band work on it. It changes. A producer comes in. It changes. You play it live and it changes. You feel in a different mood one day. More changes.

Same for supposed ‘classics’; no song is a ‘classic’ and don’t let tired hacks tell you they are. These songs are yours. Ours. Some music speaks to us. And then we imbue it with our feelings.

That’s what happened here. Music from a time ago and some from recent times cut with the feelings of four fellas. It’s alive. And that’s the best gift the Blues can get.