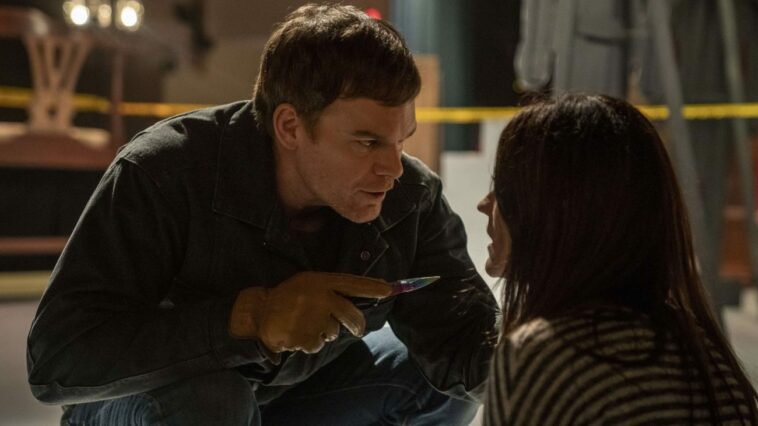 Last week, I was fairly critical of what I felt was an episode that had no momentum. This week, in Dexter: New Blood Episode 4, the pace picked up considerably and we took some major steps forward narratively. We’re about to get into major spoiler territory here, so if you haven’t seen the latest episode, “H is for Hero,” you’ve been warned.

Since the first episode of this return season, I’ve been saying that the fact that Harrison was also “born in blood” would be a factor. And here we are, not even halfway into the year, with the revelation that yes, Harrison has the same Dark Passenger as his father. I for one am glad they didn’t drag this out any further. Now that we know, we can hopefully get somewhere interesting with this story.

Last week, Harrison befriended Ethan, a boy who has been picked on for years, who confided in Harrison that he wanted to get revenge, showing him pictures of shooting the bullies. This would be the setup for Dexter: New Blood Episode 4, with news breaking that an incident had happened at the school. Angela tells Dexter that Harrison was among the wounded and Dexter gets to the school as quickly as he can.

Harrison’s story was that Ethan tried to recruit him for a school shooting and when Harrison said no, he stabbed Harrison before Harrison took the knife from him and stabbed him until he passed out from loss of blood. This is a story that fooled everyone, who treated Harrison as a hero who stopped a school shooting. Everyone except Dexter that is.

I haven’t really enjoyed the Dexter and Deb scenes so far this year, but in Dexter: New Blood Episode 4, I found myself being more invested in them. Deb was trying to convince Dexter that Harrison was a normal kid and not a monster like him. That Dexter wanted his kid to be messed up so he could parent him. Dexter, in flashes to who he was in a previous life, told Deb that the blood never lies. Dexter re-enacted the crime scene and deduced that Harrison slashed Ethan’s leg from behind and then stabbed himself. 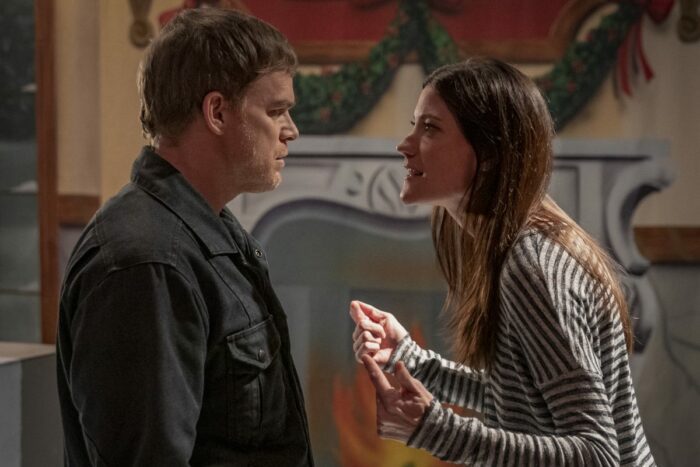 It was interesting to note that prior to the incident with Ethan, Harrison checked out the true crime podcast from Molly Park (more on her later) and started the episode on The Trinity Killer. From watching his face, you could tell that Harrison knew this is how his birth mother met her demise and that he was in fact, in the room, covered in his mother’s blood. Shortly after listening to this, Harrison stabs Ethan and sets him up. Is this an example of Harrison reacting in anger or did he feel that Ethan, a boy who did want to kill his classmates, “fit the code”? Will Trinity appear to Harrison as I wrote about in my theories article or was hearing about his mother’s murder simply a catalyst for Harrison giving into his own Dark Passenger? It should also be noted that when Dexter raided Harrison’s room while he was at school, he found a straight razor—the same instrument of death Trinity used on the first victim of his cycle, including Harrison’s own mother, Rita.

Another solid episode for my new favorite TV cop, Angela. While she appears to be oblivious to who Dexter (and Harrison) really are, she did accept help from the true crime podcaster, Molly Parks. Molly showed up in town last week, much to Angela’s disliking, but this week the two formed a bond over the missing girls.

This to me signifies that Angela likely doesn’t know anything about Dexter’s past and is instead going to be on a collision course with Kurt, as she learns more about the missing girls. The inclusion of Molly is interesting though. Dexter: New Blood Episode 4 established her as a bit of a wild card who absolutely knows what’s she’s doing. She can be a valuable ally to Angela but what else will they uncover? Quality law enforcement on his trail has been a trademark of this series since Day 1 and this may be the beginning of that happening here as well.

And the Killer Is…

I’ve said it was Kurt all along and Dexter: New Blood Episode 4 makes me feel vindicated. Throughout the episode, we see Kurt double down on his lie that his son Matt is still alive. We see him visit Dexter and Harrison at home to give Harrison a gift for stopping the school shooter and a really awkward conversation with Dexter after about mistakes parents make that gave me an uneasy feeling about my theory about Kurt being Dexter’s dad. Please don’t let it be true.

That’s not all we saw though. We watched Kurt effectively court a troubled young woman. At first he gave her money, although we didn’t realize it at the time. Then when she came back to the diner he owns looking for more money, he tried to play it like he was a good guy, offering her a job he knew she didn’t want. Finally, with no words spoken, we saw him drive her to the same location where we saw the killer end the previous victim’s life.

Could there be a twist where Kurt isn’t the killer? It’s possible but this doesn’t feel like a situation to get cute with. We know that the killer has Kurt’s eyes and they are the same body size. Now, he’s bringing a young woman who is down on her luck and alone to the previous murder scene. This is a situation where I hope they don’t try to overplay their hand. Kurt is a perfectly fine choice to be the killer and with him and Dexter having this bond over parenting their sons and mistakes made as fathers, there’s an interesting underlying commonality. With only six episodes to go, it makes sense to let Kurt and Dexter’s feud start to escalate now. 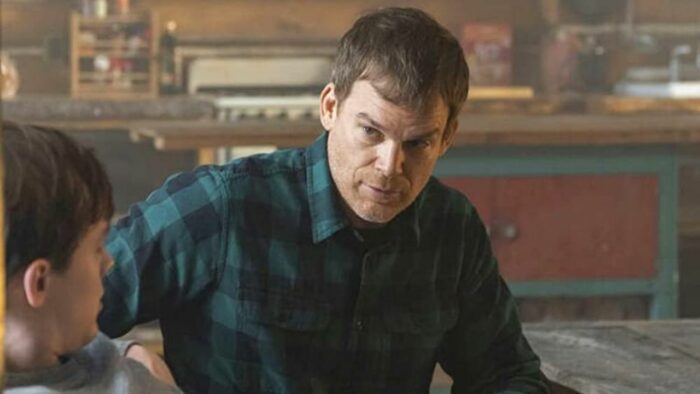 So where do we go from here? Dexter is going to have to confront Harrison and tell him his story. Right? That should make for a powerful moment where the character of Dexter can take a giant step towards the redemption he craves. Will Dexter be able to rise to the challenge and vocally express everything Harrison needs to hear from him? That’s a big question because Dexter has been less articulate this season than ever before and he wasn’t great to begin with. Getting this story now and not waiting until the finale leaves ample room to tell a compelling story of Dexter trying to save his son from the life he’s had, with room for twists. I’m convinced Dexter’s past is going to haunt him and perhaps, Harrison’s past too.