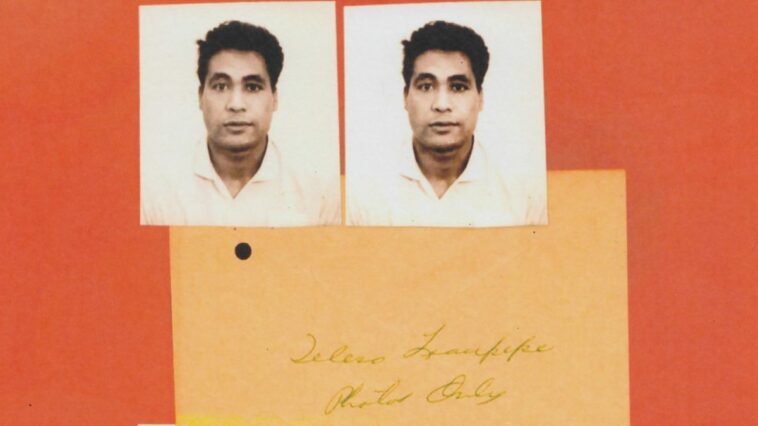 A close death can turn your whole world upside down but imagine whilst grieving you learnt that that the person you loved had a whole other life you were not aware of. This is what happened to Gang of Youths lead singer David Le’aupepe after the death of his father Tattersall.

The Tattersall he knew was born in New Zealand in 1948 and was of mixed parentage—part Samoan, part European. However after his death, his family discovered that Tattersall was in fact born in Samoa in 1938 and both of his parents were Samoan too. Not only had he lied about his age and parentage but further investigations uncovered another family in New Zealand. This family were surprised to hear from David—not only did they have no idea his family existed, they thought Tattersall had died decades ago.

This left David and his family with a moral dilemma: how do they square the kind, generous and intelligent man they knew with this man who abandoned a family and never told a soul about it afterwards?

This quandary goes to the heart of Gang of Youths’ third album angel in realtime, especially on the tracks “tend the garden” and “the kingdom is within you,” where David tries to find the middle ground between these versions of Tattersall, by imagining life through his father’s eyes.

“tend the garden” finds evidence of his guilty conscience in his hobbies. It ambitiously tries to span 50 years in 4½ minutes and succeeds; by imagining Tattersall having Proustian waves of guilt and lust wash over him every time he plays the Church organ. It also finds evidence in the meticulous way he looked after the garden: allowing him to be alone with his thoughts, distracting him from the fear that his secrets will be revealed and become public knowledge, because his son David “can’t shut his mouth.”

However the track I keep coming back to, again and again, is “the kingdom is within you”. If the previous track is an overview of Tattersall’s life, then this track is a snapshot of a specific period of time, where I can’t help but focus on the details, like a detective searching a crime scene for a motive. It’s these small details that make it so compelling a listen. angel in realtime has anthems galore but this track feels the most intimate.

It zeroes in on Tattersall’s time working in mid-70s New Zealand and the racist discrimination his father, and the whole Polynesian community, were subjected to whilst being exploited as cheap labor. They were made to feel constantly on edge, as they endured frequent police raids day and night, on the false pretext of getting rid of “overstayers”—despite the fact that out of the 1000 raids estimated to have been carried out, only 20 people ever got sent home. His white co-workers offer up sympathy for his plight, but their hypocrisy is laid bare by their inability to meet his gaze or speak out.

Tattersall has ambitions to better himself but is trapped by a system designed to keep him in his place: he works overtime just to afford the essentials but then gets fined for being tired at work. He hopes to set up a home but the only luxury he can afford on his meagre wages are cigarettes. He tries to console himself with the delayed gratification of “treasures up in heaven”, resigning himself to the fact that “the state just takes the rest”, but there is clearly a nagging doubt that he will ever settle his debts. And perhaps the only way he will ever be a “decent man” is to take drastic action?

Tattersall often feels like he is being pulled in multiple directions; and the track feels suitably conflicted too, mixing together Hawaiian nose flute, classical strings and two-step garage. He is homesick for Samoa but what reality does he want show his family: “do I send the card with mountains on? Or the one with all the riot police?” Without bludgeoning the listener over the head, the track cleverly hints at why Tattersall invented a mixed heritage for himself: so that his children could have the picture-perfect postcard life he was denied.

“the kingdom is within you” is a sympathetic portrait of a flawed man, who lived through, and was perhaps shaped by, difficult times. It doesn’t condone Tattersall’s actions but does try to understand them. The track takes its name from Tolstoy’s treatise about non-violent resistance to aggression and David clearly sees parallels with how his father coped with racist intimidation. All of which make this sound like a downer, but the warm euphoric beats underneath provide a neat counterpoint to the harsh reality depicted. It’s like David symbolically throwing around a comfort blanket around his father, telling him that all is forgiven.

Ultimately the message of “the kingdom is within you” is that we may not know everything about the people closest to us, but that doesn’t mean we don’t know who they really are.