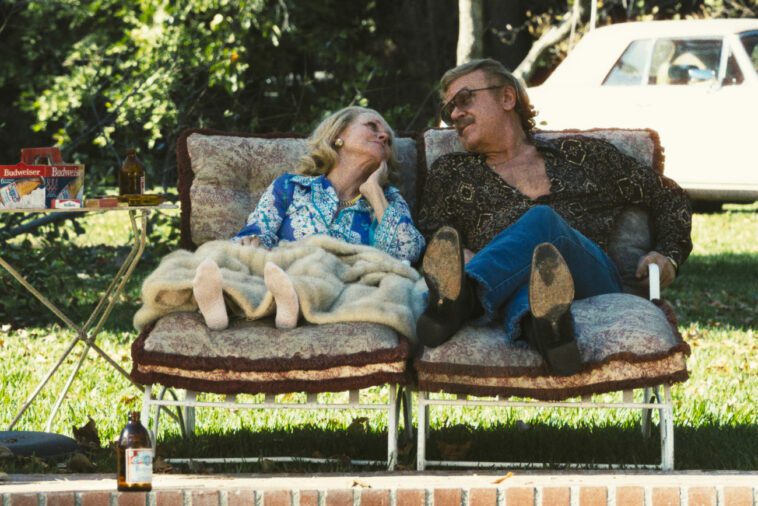 In Winning Time’s penultimate episode of the first season, “Acceptable Loss,” Jerry is faced with a trio of problems: they’re deep in the red financially, Claire is trying to recruit Jeanie while Jeanie is tasked with caring for Jessie, and McKinney is ready to return as coach—as long as Buss fires Westhead. Buss keeps a happy face for his family, but with his mother close to death and everything else continuing to pile up, it’s a wonder he can even hold it together at all.

He mentions as much to West, who is initially furious when Jerry appeals to him for help on the coaching decision, but ultimately can’t resist continuing to be involved in his team. The man works himself into a frenzy assembling pro/con lists of each coach, because that’s how much the Lakers mean to him. He once again is the bearer of sage advice, as he essentially tells Buss to utilize the key to his success—following his heart—to make this decision.

I was surprised that the show made McKinney into such an antagonist. Not only does he want nothing to do with Pat, he’s now burned bridges with Westhead over this coaching thing and can’t see past his own job to recognize every sacrifice his wife and kids have made for his career. Meanwhile, the damage caused to his brain by the bike accident is causing him serious issues with his memory—he has to carry around a phone book page with his own address, and he doesn’t recognize Buss when the owner pays him a visit. He’s turned into a huge jerk, which is a shame, and I am looking forward to how he responds to being on the chopping block.

I was talking to my boss the other day, and he mentioned his passion for basketball and how invested he gets in the games. I recommended Winning Time, to which he responded with a robust hatred for the Lakers. Truth be told, I have yet to encounter anyone in my friend circle who responds to a Winning Time recommendation with interest, as most of them either can’t stand basketball or just don’t care. I, of course, am generally in the latter camp, but it’s a testament to how well put together Winning Time is that I am completely engrossed in something I couldn’t have given a second thought to nine weeks ago. It’s just not about basketball, contrary to initial vibes. The characters take center stage, and their writing is what makes the show sing.

The biggest moments this week come from Reilly, Robinson and Field as the core Buss trio as Jerry and Jeanie come to grips with Jessie’s rapidly approaching death. Firstly, Jerry confronts Dr. Suskind. The doctor has no good news for Jerry, gently telling him that his mom is “in the endgame” and he needs to enjoy the time he has left with her. Jerry absolutely loses it, bellowing at the doctor for his “Dr. No” attitude and throwing him out of the office before breaking the fourth wall and smacking the camera away from his face. The centerpiece is Jerry’s final act of denial, taking his mother and daughter to a pool he and Jessie used to break into, where they spend the night drinking and laughing. Once Jerry has passed out, Jessie gives some more advice to her granddaughter: she reminds her how proud Jerry is of Jeanie, more so than she knows, but she does need to do things for herself.

I thought for sure they’d wake up and find Jessie dead, but she has time for one more heart-wrenching final conversation with her son. The camera pulls in very close to the side of Jerry’s face, where a couple of tears are starting to leak out. He knows the end is near. Jessie suffers a stroke, after which the interesting decision is made to juxtapose Jerry’s decision to take her off of life support and dissolve into anguish in the bathroom with the Lakers enjoying immense success on the court. I’m not sure how I feel about this. The pacing in general this week wasn’t quite as tight, and setting Jessie’s death to energetic trumpets and screaming crowds is a choice I definitely wouldn’t have predicted.

At the end of last week’s episode, a distraught Buss, while being comforted by Jessie’s nurse Marcia, sexually assaulted her by opening her shirt and fondling her breast, while an uncomfortable Marcia did nothing. This is not addressed this week in any form. Marcia is not mentioned and has been replaced by a male nurse, and nothing is said of the incident. I’m disappointed that that the show not only went that direction, but didn’t take the opportunity to do or say something about Jerry’s hedonism in this situation, especially given that it’s been such a lynchpin so far in the season. Maybe something will happen in the finale to address it, but I’m not optimistic and it sours a show that has so far been so satisfying with its character work.

I am very pleased that my prediction about Magic and Kareem is panning out, with the latter becoming a sort of mentor older brother to the over-enthusiastic younger brother former. Kareem finally lets Magic hug him during a victory and opens up with excitement, briefly shedding his stoic demeanor. Catching Magic practicing Kareem’s signature Skyhook maneuver, the captain talks the rookie through not only the physical technique—holding his wrist to position his hand—but the mental routine to outsmart the opponent. Magic looks on like a kid brother learning how to play for the first time from his idol. This Magic and Kareem dynamic is something I’m really looking forward to seeing evolve, especially in how the diametrically opposite personalities are finding harmony.

Kareem also shows some love, albeit tough love, to Spencer Haywood, whose crack addiction has accelerated rapidly and will all but doom their playoff chances. After promising Kareem that he’ll kick the habit, Haywood focuses on the love he has for his family and his child, which does him good for some time. Unfortunately, he is unable to stay off the crack, and is voted off of the team by his fellow players—with Kareem being the deciding vote (also interesting that Kareem volunteered this fact). So much for that friendship.

The episode closes with Haywood visiting a sketchy-looking guy in a sketchy-looking area, inquiring about weapons. When asked who he needs killed, Haywood responds, “The Lakers.” Now that is not something I could even begin to image when I started the show. It’s a hell of a way to end an episode, and I really wonder what’s going to happen next week. I can’t imagine there’s going to be an actual hit put out on the Lakers or even Kareem, but I guess those dramatization disclaimers aren’t there for nothing. Either way, the finale is sure to be a banger.