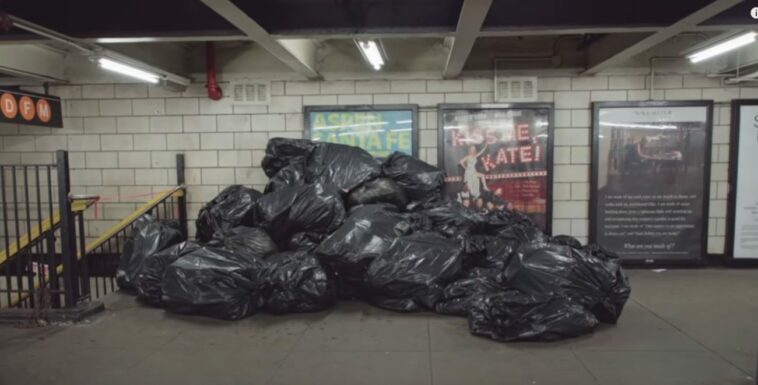 Welcome back! This week Caemeron has finally gotten around to watching How To with John Wilson and Paul recommends Kurt Vile’s recent album (watch my moves).

TV Recommendation: How To with John Wilson

Caemeron Crain: People I know have been talking about How To with John Wilson since it premiered in 2020 in ways that have always made me think that I’d enjoy it, but for whatever reason I never got around to pressing play until this week, spurred to some degree by the upcoming release of Nathan Fielder’s The Rehearsal on July 15.

Fielder is an executive producer on How To, and while it’s hard to know for sure how much influence he’s exerted on the style of the show (which is clearly, first and foremost, John Wilson’s show), it’s easy for me to see why Fielder would be drawn to it.

There is a kind of resonance between How To and Nathan for You, if you’re familiar with the latter, even as the tone of the two series is vastly different. In How To, John Wilson’s social awkwardness is manifest in a fundamentally endearing way (at least in the first episode).

I should perhaps note that at the time of writing I have only seen the first episode of How To with John Wilson: “How To Make Small Talk.” In it, John begins by breaking down the elements of small talk, what makes it small, and its importance to social interactions, but as things progress the talk gets a bit deeper than the title would imply.

I enjoy this kind of overanalyzing of the everyday, and relate to the clear social anxiety that cuts through “How To Make Small Talk.” At various points, John talks about the joy of finally getting to be back home, alone, and I’m right there with him. His overall tone, which is a bit nervous but fundamentally calm in the face of whatever happens, is something that I find really soothing if I’m honest. And it’s all quite humorous, at least if you connect to this kind of humor.

I’d put How To in the same basic genre with not only Nathan for You but also Review, though it perhaps isn’t as directly comedic as either of those programs, or as dark (so far). What they all share I think amounts to a certain kind of making reality strange that occurs through the narrative framing of the protagonist.

Whether that’s a good description of what’s going on or not, I guess I tend to think that if you enjoy either Nathan for You or Review, there’s a good chance you’ll enjoy How To with John Wilson. And, of course, you might also enjoy it even if you don’t like either of those other shows, because this show features John Wilson while those other shows do not.

Plus, How To with John Wilson features a lot of shots of New York, and the people of New York. If you’ve spent a lot of time in the city as I have (living there for 15+ years), this is sure to add to your enjoyment of the program. There’s often not a direct relation between the image on your screen and what John is saying, but more of a thematic kind of resonance.

Anyway, I’m thoroughly enjoying How To after the first episode, and planning to watch the rest of what currently exists as soon as I can. If you’ve also not gotten around to checking it out yet, I recommend you do so.

Paul Keelan: Kurt Vile’s latest release, (watch my moves), is a sneaky, sleeper album. The title (interstitially confined within parentheses and in lower case) subtly hints at the peripheral musical space it wants to occupy—it is utterly content existing as an aside. However, this low-stakes approach does not equate to low quality music. Quite the contrary, Kurt Vile’s attention to quotidian sublimity is ever inimitable, and with (watch my moves), he’s proven yet again his fuzz rock virtuosity.

Like the vibe of the album, Vile’s lyrics constantly evoke the looseness of a doodle—meandering about, riffing on momentary banalities. Yet, there is something immensely intimate in the immediacy and candidness of it all. In “Say the Word,” we accompany Vile on a road trip as he ruminates on truth, love, growing into a man. This opening lines set the occasion quite frankly: “One, Two, Three, Four / I wrote the words to this song driving from Philly to Amherst.” This unassuming reveal does much more than casually break the fourth wall—it also speaks to the intersection of authenticity and artifice every artist crosses when composing a song. There is something naturally stilted and contrived about jotting down lyrics. Vile thrives in confronting this unspoken reality—in capturing the simultaneous awkwardness and beautiful spontaneity of writing music.

As noted in a recent Guitar World article, Vile has become ever committed to recording himself at all times—whether fiddling around in his OKV studio, on an afternoon driving, or sunset walk: “What you’re trying to do when you’re writing a song, with vocals, lyrics and guitar, is to not think at all. Just lay it down fast.” The result of this artistic strategy is something that sounds very prosaic, journalistic, off-handed. Indeed, the entire album strolls about, catching stray musings and momentary observations in Vile’s daily happneings. It comes across as charmingly unadorned—the end result of Vile scribbling down his naturalistic, unfiltered, stream of consciousness. On “Flyin’ (In A Fast Train),” for example, he sings: “Playing in the music room in my underwear…” As it turns out, this is exactly how the song was composed: “I like to just get lost in strumming the guitar,” he told Guitar World, “and at that moment, I literally was [in my underwear]”.

Somewhat disappointingly, (watch my moves) poise and nonchalance has caused the album to remain overlooked. On Metacritic, it has earned a middling score of 78, and is insultingly the 103rd highest rated album of the year (out of 184 recognized releases). For some reason, this undeserving score made me think of Scorsese’s cranky, infamous rants about the Marvel universe dominating and stifling cinematic creativity. I’ve always found his take preposterous—not because Marvel movies are necessarily amazing, but because modernity has only proliferated a profundity of underappreciated creativity. For fans of independent cinema, Scorsese’s belief that the edgy, experimental films (i.e. Chinatown, The Conversation, Rosemary’s Baby) of the ’70s no longer exist is incredibly myopic—A24 alone puts out enough creatively daring releases each year to compete with the entire decade.

I understand that a Scorsese reference may feel a bit tangential here. It no doubt is; that said, in many ways, the underwhelming response to (watch my moves) speaks to a similar blind spot. In many ways, Vile’s latest release both re-invokes and equals Neil Young’s highly revered works—from the career defining After the Gold Rush to later ditties like Landing on Water; and yet, in our fragmented landscape, countless scuzzy folk rock aficionados have likely never even heard a single song on it.

The mild reception to Vile’s extraordinary talent is not unlike the niche nature of modern, independent cinema. We are not suffering from or lacking exceptional artistry. Instead, we are witnessing the adverse consequences of an immense democratization and decentralization of taste. As production costs lowered, the need for recognizing and funding greatness in the mainstream quickly became less essential: after all, artistic vitality can now survive, meagerly yet steadfastly, on the outskirts of the industry. Thus, today’s landscape need not cater to any hierarchy of taste to preserve cultural pillars. As a result, simplistic pop songs, like superhero flicks, may eclipse and marginalize countless brilliant creations due to the relative security of market arrangements. Yet, don’t let this fool you: beneath our dominant sensibilities, creativity is endlessly accelerating.

On the opening song of (watch my moves), Vile even sings about opening up for his celebrity hero Neil Young. Titled “Going on a Plane Today,” the song chronicles Vile as he chugs a pre-flight beer, battles anxieties about flying, contemplates “manhood,” listens to “Heart of Gold,” and finally concludes, “Man, life can sure be fun / Imagine if I knew this when I was young.” The plaintive sweetness of these lyrics hit quite an emotional chord. As Vile’s melody crescendos to its peak at “fun”, he evokes a subdued, boyish ebullience. Gratitude, mixed with blissful complacency and the soft acceptance that comes with age, seeps out from the melody. You can’t help but to feel his repose—his overwhelming equanimity.

This same Zen-like complacency continues to the final track, ebbing ever so gently from tune to tune. Attune yourself to the easeful mellifluousness of it all, and I promise you’ll be carried away: seduced by a lovely, soothing, and impossibly infectious milieu. (watch my moves) may be deceptively meek and self-effacing on its surface, but for those willing to glean its hidden gems, you’ll reap something as bountiful as Harvest. Like finding great art in our current age, appreciating (watch my moves) is all about one’s ability to separate the winnow from the chaff.

How To with John WilsonHBOmusicNathan Fielder