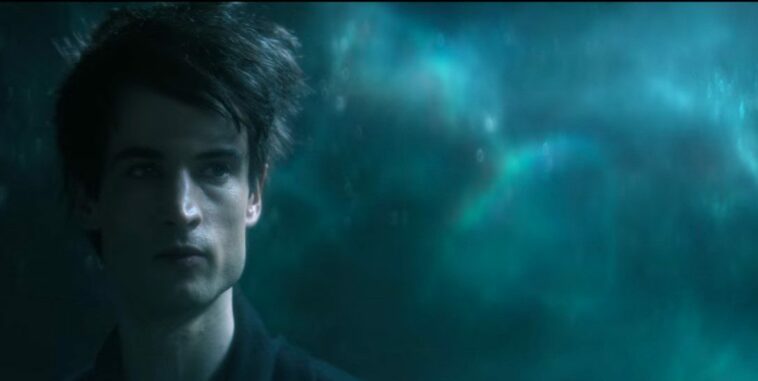 I first read The Sandman comics when I was 15 years old. I lived in the middle of nowhere in Indiana, and like most great things in life, I discovered The Sandman through singer-songwriter Tori Amos. Tori referenced Neil and the Dream King himself in a song on her first album, and she has continued to reference Neil, his many stories, and the other members of the Endless in several other songs throughout her career (one of the Endless, Delirium, was partly inspired by Amos herself). As time passed, I collected the primary Sandman graphic novels, as well as several others that take place in the Sandman universe, such as Death’s comics, The Dream Hunters, and The Sandman: Book of Dreams, a short story anthology.

For years, I’d heard stories and rumors about The Sandman being adapted into a feature film. The thought was excruciating—I was certain that a Hollywood movie studio would ruin it. Initially, I had similar reservations about Netflix’s adaptation, but as the debut approached, I found myself overwhelmed with excitement. I’d spent so many years fearing that a live-action adaptation would be awful that I’d forgotten the other possibility: that it could be good, even great. And I have to say, finally seeing Dream onscreen, as well as Cain, Abel, Goldie, Lucien (now Lucienne), Death, Desire, Johanna Constantine, Fiddler’s Green, Mad Hettie, Martin Tenbones, Mervyn, Rose Walker, and so many others was, to use the worst possible cliché, like a dream come true.

When I first watched The Sandman, I didn’t expect to be able to recite lines in unison with the actors. But so much of the dialogue was taken verbatim from the comics (and I’ve read them so many times) that I often knew exactly what the characters were going to say. This was a novel experience, and when the dialogue from the comics really worked well, it gave me chills. Several key scenes from the comic were translated panel for panel and word for word. It was energizing, and it makes me hope this series will be renewed for more seasons.

Was it perfect? No, not at all. There were some flaws in the production, most notably in Lucifer’s chamber in Episode 4, “A Hope in Hell.” I had to forcibly ignore the inconsistent lighting between the physical set and the virtual Hell-world outside, as well as the green-skinned man who looked like he was wearing a Halloween costume. Fortunately, Dream’s mythopoetic battle with Lucifer played quite well. I wasn’t sure how this would translate onscreen, but the depiction was effective overall.

My least favorite episode was Episode 5, “24/7.” Watching it almost put me to sleep (no amount of shock value or forced poignancy about humanity’s flaws could compensate for how boring it was). The other issue I had with “24/7” was that John Dee’s use of the ruby was supposed to be affecting the world outside of the diner, not just within it. But the events of the episode were so completely insulated within the walls of the diner that by the time I saw Dream and Matthew standing near burning wreckage at the end of the episode, I felt confused. Apparently, the collective chaos and destruction wrought by the ruby was supposed to be implied by a car on fire and some scattered debris. (I assume this had something to do with budgetary limitations.)

But beyond these minor issues, I think this is the best attempt to bring one of Gaiman’s worlds to life in a live-action setting. And certain elements of the story were actually more effective on screen than they were in the comics. For example, Dream’s relationship with Lucienne: I was captivated by the push-pull of tension and affection between them, as well as their shared tendency to prioritize duty over empathy. Lucienne, expertly portrayed by Vivienne Acheampong, really holds her own (the Lucien of the comics is more reserved in comparison). In the live-action series, the tension between Dream and Lucienne, as well as its eventual resolution, was deeply satisfying.

Early on in the series, I was also deeply affected by Gregory’s “death” (or rather, his unmaking). Cain and Abel’s final goodbye to Gregory was both tender and sad. I was almost in disbelief at my own emotional response to the dissolution of a digital character who is only present for a few moments before he is never seen again. The actors’ performances made Gregory real, and in doing so, gave his loss weight and significance.

Later in the season, Rose Walker’s story—a dark and suspenseful tale that is ultimately about an estranged family reconnecting—brought tears to my eyes. There is something about her story that is so relatable. We all yearn for connection, and whether we seek it out within our actual family or our chosen family, we’re always searching for home in each other. Witnessing Rose Walker reconnect with Unity and relentlessly search for her brother, Jed, was powerful. For me, this story arc (derived from The Doll’s House) had more of an emotional impact onscreen than on the page.

After watching the first episode of The Sandman, “Sleep of the Just,” I found myself contemplating Dream’s imprisonment in a new way. The first time I read this story in Preludes and Nocturnes, I didn’t really see beyond the surface narrative. I just thought it was a story about a power-hungry occultist who wanted to capture Death and trapped Dream by mistake. But after witnessing the story on screen, I now see it as a depiction of how greed and the desire for power stifle our ability to dream; greed traps us and holds our imagination hostage.

It’s also significant that many of the people exposed to Dream in his glass prison are seemingly devoid of care; they might be curious about him, but they seem insulated from their own empathy. They live entirely in fear, as if they themselves are trapped behind a wall of glass. In this way, Dream and his prison become a kind of externalized reflection of their inner lives.

After Dream is captured, many inhabitants of the Dreaming leave their realm behind. This seems clear enough on the surface, but if you place this narrative inside of a person, it becomes an expression of a psychological truth: without our dreams, we lose our capacity to imagine, and without imagination, we lose all sense of our possibilities; parts of us simply wander away. The human beings afflicted with the sleeping sickness hold a similar meaning: when craving consumes us and cuts us off from our capacity to dream, parts of us become static or dormant. We need dreams to help wake us up.

There were a number of skillful alterations in this adaptation of The Sandman, but I think the humanization of John Dee was the most masterful change. In the comics, John Dee is more of a creature than a person; he is a fleshy, drooling, jagged-toothed psychopath, and although he is certainly terrifying, there isn’t much humanity left in him for the reader to connect with. The same is true of his mother, Ethel, who is only shown for a moment in the comics (she visits John Dee at Arkham Asylum, and she rather simple: a tight-lipped stern elderly woman). In the live-action version of The Sandman, their reimagined relationship adds a great deal of depth to the story. It shows us that secrets and lies, even for the sake of survival, can result in a lifetime of mistrust between mother and son. Ultimately, their story shows us that no one, not even those with magical amulets, can avoid Death forever. (Well, almost no one.)

As I watched the first arc of the story (Episodes 1–6), I kept thinking of a comment Neil Gaiman made in his 1991 afterward to Preludes and Nocturnes. He said,

Rereading these stories today I must confess I find many of them awkward and ungainly, although even the clumsiest of them has something—a phrase, perhaps, or an idea, or an image I’m still proud of. But they’re where the story starts, and the seeds of much that has come after—and much that is still to come—were sown in the tales in this book.

Some of that awkwardness and clumsiness is here, too, but so are the seeds for what is to come. On the whole, Netflix’s Sandman is a valiant effort that is absolutely worth watching (and rewatching).

Looking forward, I imagine that a second season would be structured much the same as the first: 10 (or more) episodes encompassing two graphic novels. Most likely, the next two will be Season of Mists (Vol. 4) and my personal favorite, A Game of You (Vol. 5), with (hopefully) a few ancillary tales sprinkled throughout. It’s safe to assume that most if not all of Dream Country (Vol. 3) will be left out of the live-action adaptation. As wonderful as the stories in Dream Country are, they don’t really impact Dream’s overall narrative. Further, the season finale, “Lost Hearts,” makes it clear that Season of Mists will figure prominently in the next season, because it centers around Lucifer and Hell, which is where the season finale ends. There is also a great deal of setup for A Game of You in this season of The Sandman. To put it broadly, A Game of You revolves around Barbie’s dream life as well as her new relationships and living situation in NYC (which of course has serious consequences for both the Dreaming and its lord).

In The Sandman, both on the page and on the screen, we see what happens when people lose touch with their dreams; the world loses its color, relationships degrade, and possibilities wander away. Lately, I’ve observed something of a Sandman resurgence in my waking life. People are carrying around Sandman graphic novels and talking about them in coffee shops and libraries—and they’re not just talking about the show, but about the power of the comics. This is a great thing, because these books, like all of Gaiman’s stories, hold the power to move us and to shape us, to inspire and terrify us, and to reawaken our imagination—that is, to help us vividly dream awake.

I’m excited that these stories have been given a new life in a new medium, but I’m equally grateful that so many new readers have found inspiration in the source material. The scope of The Sandman comics is hard to describe—the stories are mythic and multifaceted; they’re challenging and funny, romantic and strange, surreal and mundane. But whatever form they take, they’re ultimately stories about us, about human beings and their brief, dream-filled lives.