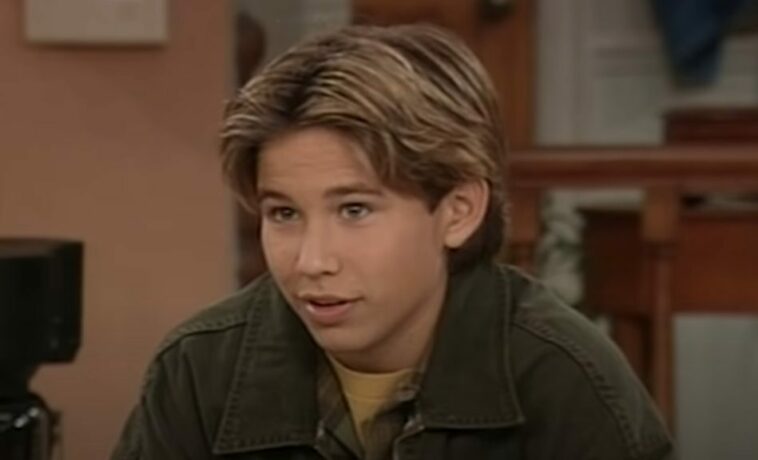 Being a kid in the 1990s was a unique experience. No Twitter. No Facebook. I wasn’t walking around with a tiny computer in my pocket—an endless stream of knowledge and pointless distraction at my fingertips. My connection to the outside world was reliant on three things: my parents, my friends, and that beautiful box in the living room—the television. I grew up in the Midwest in the days Bill Clinton held office and Michael Jordan was a beast on the court. Instead of TikTok stars and YouTube influencers to admire, I had child actors. They were cute, talented kids seemingly plucked from obscurity to become big stars. They’d never know it, but they would play a significant role in my upbringing.

Some of my first “loves” were TV crushes. I keenly remember being nine years old, sitting cross-legged in front of the television Wednesday nights, and waiting for Home Improvement to start. After each episode, my best friend Emily would ring me up (on a land line!) and we’d discuss the important stuff. You know…the intricacies of the plot. The nuances of the dialogue. Just kidding, of course—We’d talk about Jonathan Taylor Thomas. To say we were obsessed would be an understatement, and our hormone-driven TV watching habits often changed with whomever the teen magazines were deeming the hunk du jour.

Most of these young male stars possessed similar traits. They were always dressed to the nines and seemed to be gifted with a closet full of perfectly baggy jeans that were oh-so-hip during that time. They all shared the same sheepish smile—one that said they just knew their boyish charms could help them get away with virtually anything. Lastly, they were all blessed with the most beautiful, shiny heads of hair you have ever seen.

Whatever was going on behind the scenes in these squeaky-clean entertainers’ lives didn’t matter. To me, they were perfect. They were the ideal image of what a teenager should be, with their million-watt grins and a hairdo to die for. They were tousled and teased to perfection, and I’m paying homage to some of the most beautiful manes to ever be ripped from the pages of a magazine and displayed proudly on my bedroom wall.

It was way back in 2001 when my mom took me and a girlfriend to see the (in my humble opinion) cinematic masterpiece The Princess Diaries. We had no way of knowing the cultural impact the film would have on our generation, or that it would eventually launch Anne Hathaway into superstardom. We were more focused on Erik Von Detten’s haphazardly styled blonde tresses and bad boy persona. Man, could he make a pre-teen gal’s heart sing. I’m a Wisconsin kid to my core, so his hair was what I imagined every California beach kid to have… and oh, did I envy it. To this day, nothing turns my head quite like a full head of blonde hair and sun kissed skin—and I have him to thank for it. Erik and those icy blonde tips had quite a chokehold on me at the turn of the century, but his fame was sadly short-lived. I haven’t seen much of EVD’s toe-headed mane in the last decade (his last IMDb credit is from 2010) but this hottie’s coiffure will have a spot in my elder millennial heart forever.

I may have had a thing for bad boys in my formative years, but let’s be clear: no troubled teen with a tendency for shenanigans set my heart aflutter quite like Boy Meets World‘s Shawn Hunter, played by Rider Strong. As the best friend and sidekick of Cory Matthews in Boy Meets World, Rider served look after look with his impossibly thick locks. My young friends and I became quite attached to his signature hands-through-the-hair move—something Rider has talked about extensively in Pod Meets World—a podcast he co-hosts with former Boy Meets World stars Will Friedle and Danielle Fishel. It turns out he hates his famous hair flip, but as someone who came of age in the TGIF era I simply can’t get enough of it. Rider is in his early 40s now and still, if I may say, quite the fox.

An odd, possibly controversial addition to the list—but hear me out. Long before Joseph Gordon-Levitt was a big screen star, he rose to mid-level fame playing an alien teenager in 3rd Rock from the Sun. Levitt’s look was less clean cut and more long, stringy grunge. It helped set him apart from the legions of cookie cutter blondies gracing the pages of BOP magazine. To me, his refusal to conform to conventional teen boy aesthetics by chopping his mane was admirable, and he seemed like someone I would want to be friends with. I’ve always had a soft spot for oddballs and goofy dudes, so seeing that represented in primetime was gratifying. Obviously, his long-haired look didn’t last long past his 3rd Rock days—but I’ll always remember it fondly.

Sigh. The scene in Casper. You know the one. When Kat’s mom grants that cute little ghost the chance to be human for a short moment in time. It is a quick scene, but it was long enough for fair-haired Devon to leave an impact on me and my giggly girlfriends at my 12th birthday party, that’s for sure. Devon wore his bright blonde hair parted right down the middle and it was always super bouncy and shiny. To me, Devon was representative of the coolest, nicest boy in school to whom I could never work up the nerve to say hello (even though you knew he would be really nice.) His long-ish bowl cut would follow him into the late ‘90s in movies such as Now And Then; but eventually Sawa would settle on a shorter cut around his Final Destination days that he keeps up today, and I think he looks fantastic.

In a list of famous-haired heartthrobs, I’d be remiss to leave out Joey Lawrence. Lawrence hit his stride in the early 1990s as Blossom’s smooth-talking brother, and he arguably paved the way for most of the hunks on this list. He was also the only one eminent enough to spark his own catch phrase (“whoa!”). I was very young when Joey was in his prime, but I remember being acutely aware of his impact on kids slightly older than me. He wore his light brown locks in a layered, shoulder-length fashion—a look that undoubtedly set the trend for up-and-coming young actors. He has been rocking a much shorter ‘do for the last decade or so, and I think the new look suits him very well. He pops up in the occasional Hallmark-esque rom com, so it’s safe to say his famous hair (however short) is still hard at work.

If you frequented Hot Topic in your formative years, there’s a good chance that Andrew Keegan was your heartthrob of choice. Super edgy and impossibly cool—he was that boy in school your mom told you to avoid, but you always had a secret crush on, anyway. As a Limited Too gal, I played my crushes a little safer. Andrew gained prominence playing the snarky, flirtatious kid in films such as Camp Nowhere and Ten Things I Hate About You, and his olive skin and curly hair helped him stand out from his blonde cohorts in a big way. He would often wear his hair slicked back, but sometimes chose to let some soft tendrils hang down in front of his face. Either way, you just know it was a winning look. Andrew has made headlines in his post-acting career for founding a “spiritual community” in Los Angeles—one which some have likened to a cult. Ah well, so long as he’s living his truth.

I don’t mean to be biased, but I truly feel I’ve saved the best for last. Jonathan Taylor Thomas, affectionately known as JTT by his legions of hormonal pre-teen fangirls, ruled the pages of Teen Beat magazine from the early ‘90s until the turn of the 21st century. This kid had the whole package: looks, personality, acting chops, and of course—a head of hair so thick and luxurious it was capable of withstanding gale force winds. JTT is mostly known for playing the middle son Randy Taylor on Home Improvement, and his cut seemed to shorten as his transition from kid actor to teen heartthrob came full circle. I remember taking it very personally when his hair in 1998’s I’ll Be Home For Christmas was cropped super short. To me, he will always be the cutie with the blondish-brown locks I was madly in love with (and sent love letters) at age nine. These days, sightings of JTT are rare—he is essentially the Big Foot of former child stars. Wherever he is, I hope he knows his incredible impact on my childhood (and that his hair still looks fab.)