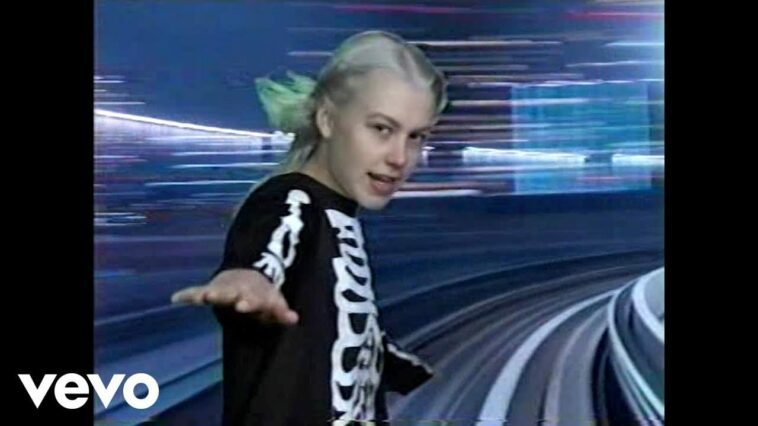 Welcome to What’s the Buzz, 25YL’s feature where members of our staff provide you with recommendations on a weekly basis. In our internet age, there is so much out there to think about watching, reading, listening to, etc., that it can be hard to separate the wheat from the chaff, filter out the noise, or find those diamonds in the rough. But have no fear! We’re here to help you do that thing I just described with three different metaphors. Each week a rotating cast of writers will offer their recommendations based on things they have discovered. They won’t always be new to the world, but they’ll be new to us, or we hope new to you. This week, Laura Stewart is enjoying the new video for “Carcinogenic” from IDLES (promoting Independent Venue Week), Hal Kitchen recommends you check out The Time of Your Life (1948), and Hawk Ripjaw is listening to “Kyoto” by Phoebe Bridgers.

Laura: IDLES have shared a new video for their Ultra Mono album track “Carcinogenic.” Recorded live for Independent Venue Week, the video sees each of the band members performing the track from separate venues across their hometown of Bristol, including The Louisiana, Exchange, The Mother’s Ruin, The Old Duke and Trinity Centre—taking social distancing to the extreme. With the UK in full lockdown once again and live venues closed for almost a year with no idea when they will re-open or what that will even look like, now it is more important than ever to support the small independent music venues before they die out completely.

Now more than ever independent musicians and the music industry at large need to unite to keep from being decimated. Between the pandemic and a government who not only don’t care about the future of the arts (especially independence within the arts) but take a pro-active role in its diminishment, independent venues are at greatest risk because they are mostly small businesses, not interested in profit or investors but in the nourishment of creative, open-minded, critical thinking.

Independent venues are the fertile soil in which the future of the performing arts will grow. They are where your future favourite band will play, where the best song ever written will be tested out, where the new can bud and flourish.

They are also vital for a sense of community and union, something people sorely need and miss at this time, without them we’re all f*cked.

In addition to this special performance, IDLES will also be undertaking a live AMA with fans on their Instagram account to talk about the importance of venues and how crucial they were to the growth of the band. The live AMA will take place at 7PM GMT on Saturday 30th Jan. For its eighth edition, this years’ Independent Venue Week (25th Jan–31st Jan) is being held digitally with over 141 virtual events taking place across the country. Over 110 venues have signed up to take part playing host to performances, ‘In Conversation’ interviews, panel discussions with industry professionals and more. Other artists involved include the likes of Arlo Parks, Gruff Rhys, Jordan Adetunji, Amy Macdonald, Blossoms, Bombay Bicycle, Club, Chubby & The Gang, Cowgirl, Dry Cleaning, Fontaines D.C., Frank Turner, Gerry Lyons, Johnny Marr, New Pagans, Sam Smith, Simone Butler / Primal Scream, Skin, Peter Selway / Radiohead, Young Knives + more.