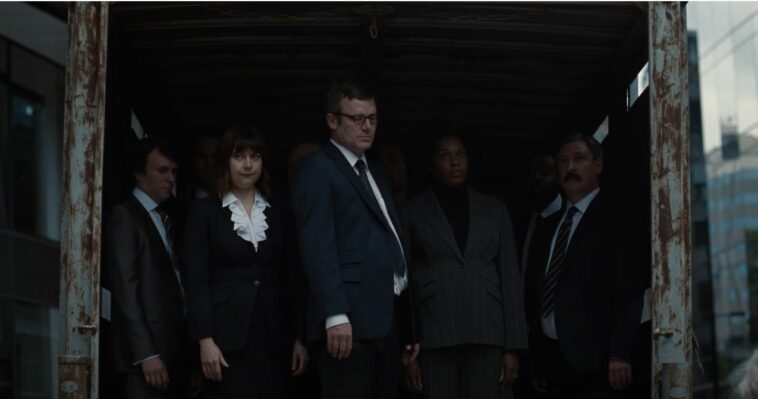 Welcome to What’s the Buzz, 25YL’s feature where members of our staff provide you with recommendations on a weekly basis. In our internet age, there is so much out there to think about watching, reading, listening to, etc., that it can be hard to separate the wheat from the chaff, filter out the noise, or find those diamonds in the rough. But have no fear! We’re here to help you do that thing I just described with three different metaphors. Each week a rotating cast of writers will offer their recommendations based on things they have discovered. They won’t always be new to the world, but they’ll be new to us, or we hope new to you. This week, Clay Dockery recommends Mike Duncan’s podcasts and books, Daniel Siuba is reading Brenda Ueland’s If You Want to Write, and Caemeron Crain checks out the video for Radiohead’s “If You Say the Word.”

Clay: As a lover of history and avid podcast listener, I’ve had a huge problem. There is just something off about most history podcasts. Either the tone is too serious or too light. Or there are production issues. Or the subject matter is not quite catchy enough. Or perhaps the host doesn’t quite have enough personality. The very best history podcasts, the ones that make you go all the way back to the very first episode and binge your way through the whole decline and fall of an empire somehow manage to catch lightning in a bottle.

Mike Duncan has done that twice. Duncan’s first podcast The History of Rome was an early and seminal entry into the podcasting canon. The show debuted all the way back in 2007 when podcasting was still in its true infancy and ran for five years and 179 episodes. The show was about an essentially interesting (to history buffs at least) topic (the rise and fall of the Roman Empire), which was certainly part of the appeal, but it wasn’t the whole story. The greatest aspects were the decisions Duncan made in editing it together. It was well-paced, and it was short (sometimes too short). And, crucially, Duncan made each episode entertaining and dotted with humor while still taking the entire project seriously.

When the show ended in 2012, fans were distraught. (I wouldn’t listen to the show for another four years, but I still felt the pain of coming to the end of the epic ride.) Duncan could have done anything with his next podcast, and it seems likely that many if not most people would have let that first success be their legacy. But Mike Duncan actually started another history podcast, and it was quite a bit better.

In September of 2013, after just over a year of not producing a podcast, Mike Duncan debuted Revolutions. The podcast had the same tone and style as The History of Rome but covers the great political revolutions of history. Each Revolution is covered in a “season” starting with the English Revolution in the 1600s and ending with the current season on the Russian Revolution. (Well maybe ending, the current season is 68 episodes long and counting and has just gotten halfway through 1917. Vladimir Lenin has only just arrived back in Russia. There are many miles to go before we sleep. Thankfully.)

As Duncan has done all this it is also clear how much his skills as both a podcaster and historian have grown. The notion of podcasting becoming not only a primary source of income for a person but also lifting them into the public sphere is one that many have tried and few have been able to pull off. But Duncan has. I think because his rigorous work on the shows and his love for the topics are really evident in each episode. He’s also been able to succeed in that more traditional academic area of interest: publishing. His first book The Storm Before the Storm chronicles Rome in the years before the rise of Caesar and is both a solid book and did well.

But it is Duncan’s new book, Hero of Two Worlds: The Marquis de Lafayette and the Age of Revolution, that really seals his place in the pop-historian stratosphere. Lafayette is a crucial figure in both the American and French Revolutions. He is both loved and loathed. And he is of course at the forefront of the discourse lately because of his essential role (and Daveed Diggs’s amazing portrayal) in Hamilton. Duncan takes all of that to craft a loving but incisive biography that somehow covers the entirety of “Citizen Lafayette’s” amazing story in a way that is both eminently readable and incredibly informative.

And here we are now, Hero of Two Worlds is out and Revolutions is wrapping up. There is no telling where Duncan will go next. But, I definitely can’t wait to see where he decides to take us. (Also, for an amazing experience listen to the episode of Revolutions about the years Duncan spent in Paris researching the book. The streets of Paris come alive in joy and sorrow.)