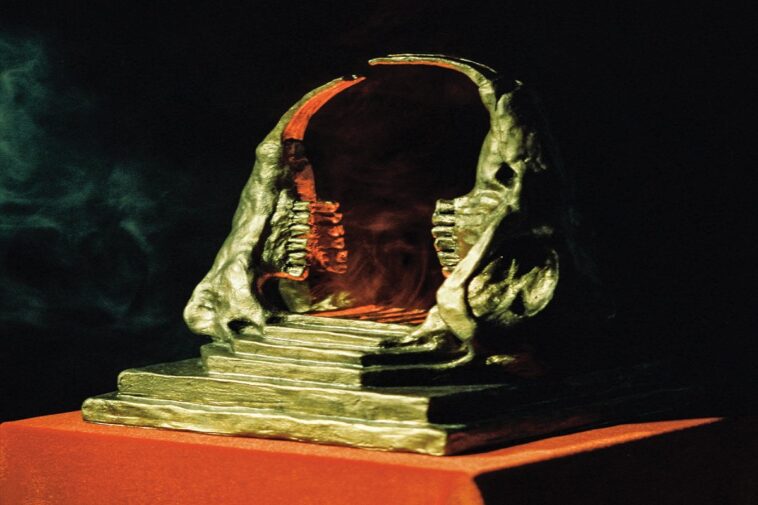 Over the past few years I found myself in a bit of a music funk. I wasn’t listening to as much new music—or rather taking the time to discover new music. But 2019 brought back my love for new music. (This coincides nicely with 25YL deciding to expand its coverage into music in 2020.) While I wouldn’t say a ton of “can’t-miss” albums were released this year, there were definitely a number of very solid records in 2019. Here are some of my favorite albums released this year (in no particular order).

King Gizzard and the Lizard Wizard—Infest the Rats’ Nest 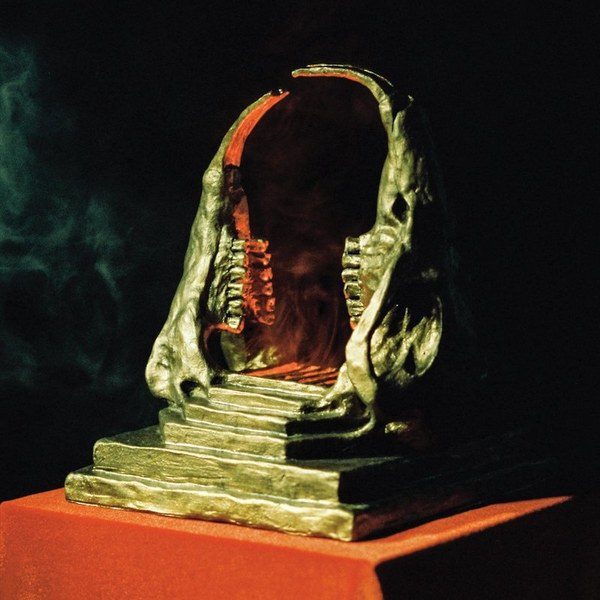 I know I mentioned I wouldn’t be ranking these albums, but King Gizzard and the Lizard Wizard‘s Infest the Rats’ Nest (released in August) is my top album from 2019. The seven-piece band from Australia is known for changing up its styles of music, and for Infest the Rats’ Nest, King Gizzard turned to thrash metal. Not typically my favorite type of music, but I just can’t get enough of this album. Top to bottom, there isn’t really a weak song. Each one is unique and catchy—which I would not have expected from a metal album. And as with many other King Gizzard albums, it’s a concept album. With imagery of a dying planet Earth, poverty, a super virus, it’s a very dark album. And the second half of the album tells a story of a group of rebels fleeing Earth and attempting (multiple times) to settle on Venus. But the new planet does not exactly provide an escape from disease, or the flaming heat of the sun. The album ends with some of the rebels entering hell, where they are sent on a new mission—into the Rats’ Nest. The abrupt ending to the story (and the awesomeness of album closer “Hell”) leave me wanting more. Love this one.

King Gizzard and the Lizard Wizard—Fishing for Fishies 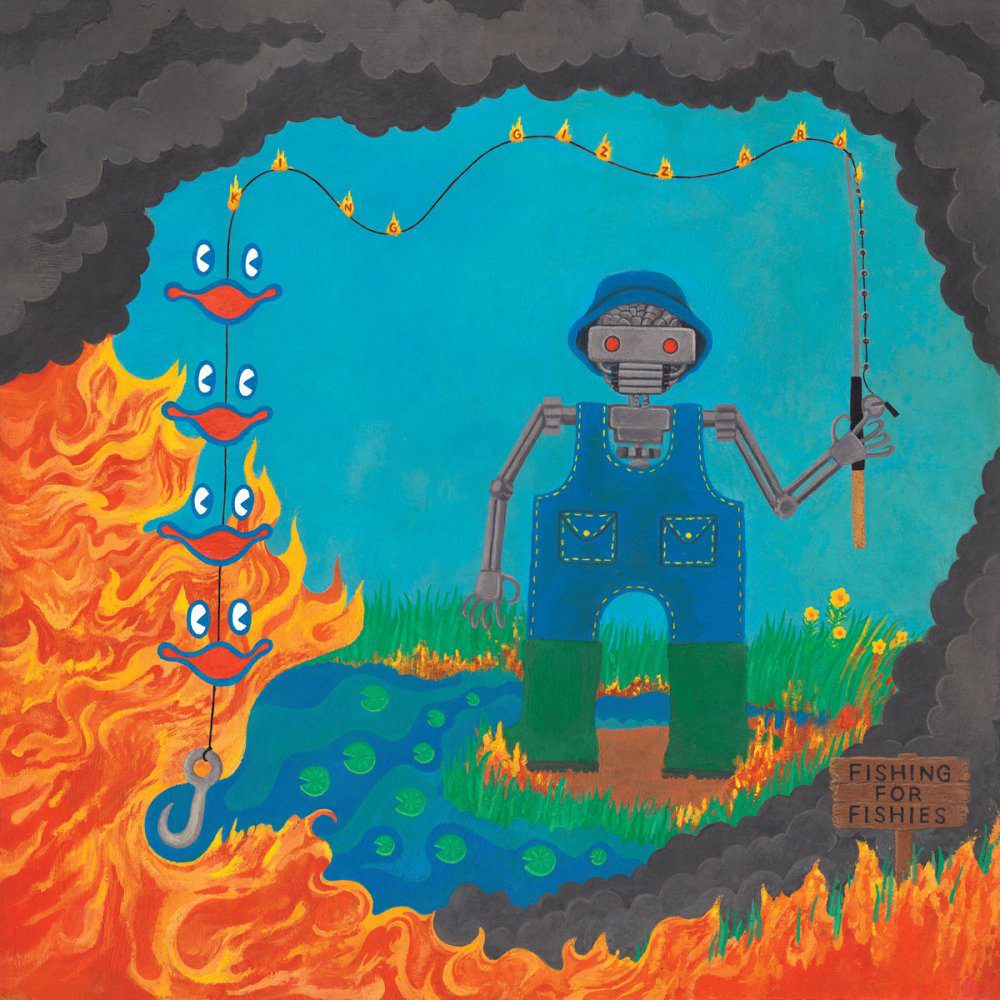 I can’t help but also include King Gizzard’s other 2019 album, Fishing for Fishies. Released in April, this album couldn’t be more different, musically, from Infest the Rats’ Nest. It’s bluesy, with loads of harmonica and keyboards. “Boogie” would be a great word to associate with the album, and in fact three of the song titles have the word “boogie” in them. Standout tracks include “Boogieman Sam,” “Plastic Boogie,” “This Thing,” and “Acarine.” On the surface these two albums may seem like polar opposites, but maybe they’re more closely related than you’d think. Fishing for Fishies is infused with environmental themes, with hints of the potential problems we see have hit the Earth in the world of Infest the Rats’ Nest. When taken together, you have two brilliant albums that actually complement each other thematically, while sounding completely different and fresh. King Gizzard and the Lizard Wizard are one of the most exciting bands making music right now. I can’t wait to see what they do next. 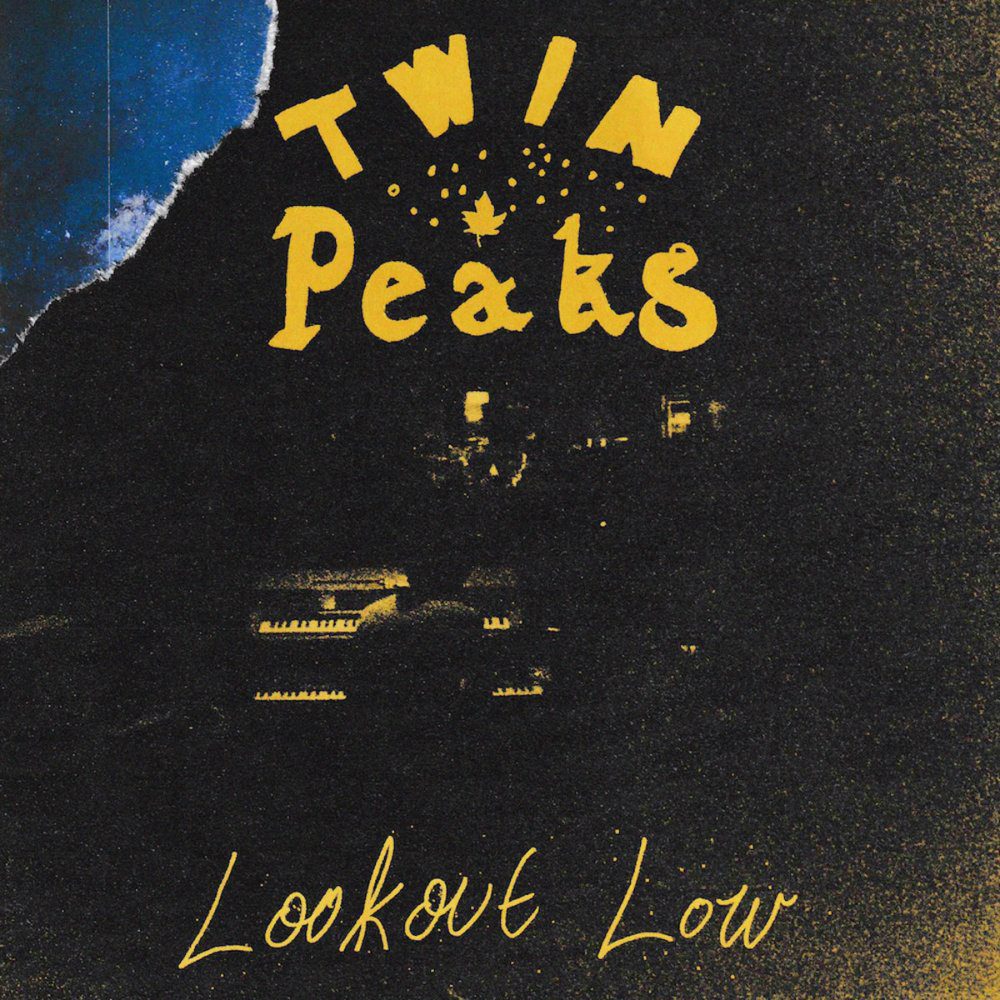 Being from Chicago and loving Twin Peaks (the TV show), I’ve always felt like I needed to give Twin Peaks (the band) more of a chance. I’d always liked what I heard from the band’s earlier stuff, but I was pleasantly surprised by their 2019 release, Lookout Low. In a bit of a departure from the Chicago-based band’s garage rock/punk sound, Lookout Low features more of a classic rock feel. “Casey’s Groove” and “Dance Through It” are infectious, and “Oh Mama” and “Sunken II” round out the album perfectly. I’ve always loved bands with multiple songwriters and singers; I feel like it provides a variety and builds an extra level of collaboration within a band. Not only does Twin Peaks have multiple lead singers—the band has four: Cadien Lake James, Colin Croom, Clay Frankel, and Jack Dolan. Each of them provides lead vocals on at least two tracks, which really helps mix things up (in a good way) on the album. Twin Peaks formed in 2010 when the members were in high school. Nine years and four albums later, Twin Peaks appears to be just getting started. 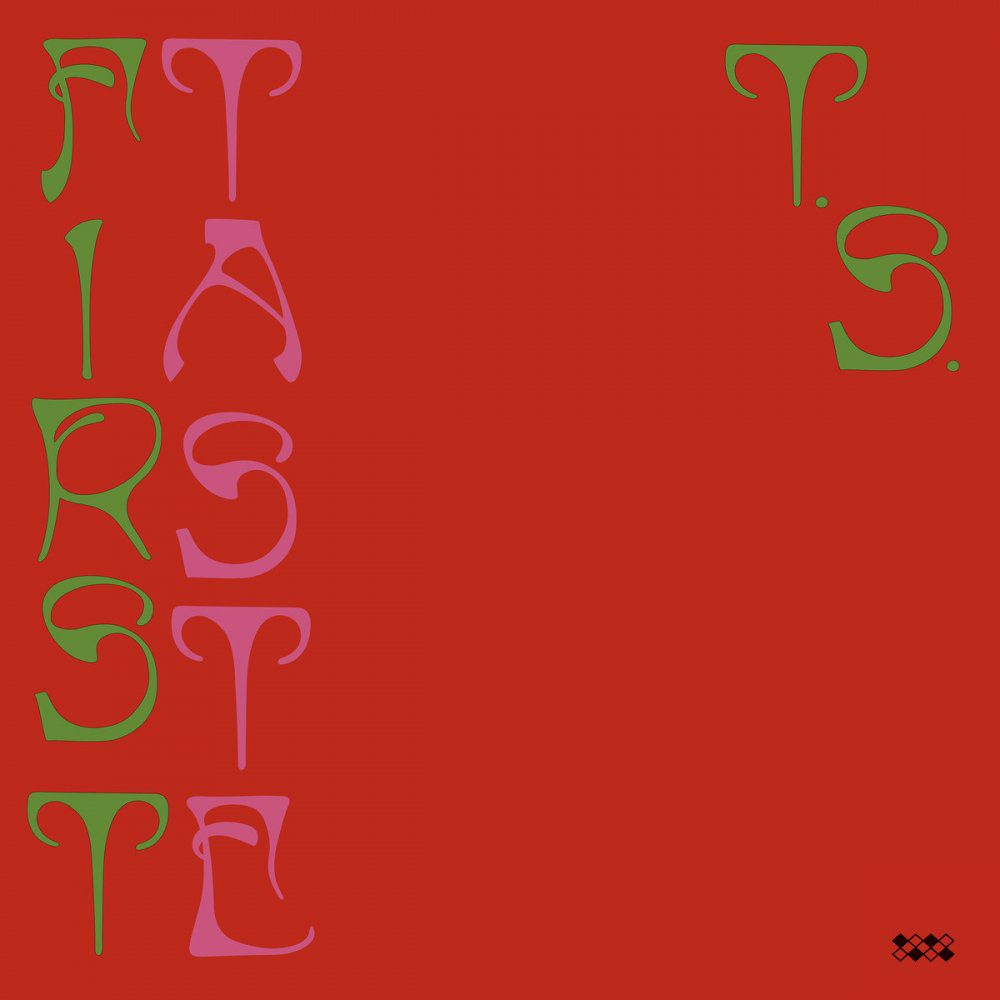 I have been hesitant to get into Ty Segall because I never knew where to start. The guy churns out new music at a ridiculous pace, and I’ve felt it would be overwhelming to wade through it all. But for whatever reason, I decided to dive in with his 2019 album First Taste. And, man, I’m glad I did. The album is full of energy and hard-hitting percussion. After a few initial listens, I was surprised to learn that Segall didn’t use a single guitar on the album, but instead relying on keyboards and more obscure instruments such as a bouzouki, koto, and even recorder. When I think of a concept like this, I would anticipate either an album that was overly weird or overly sleepy. First Taste is neither. It has elements of psychedelic rock, but never becomes too “out there.” Mostly, it absolutely rocks. Sometimes it gives off Led Zeppelin III (see the song “I Sing Them”) or John Lennon-led-Beatles-song (see the song “When I Met My Parents Pt. 3”) vibes. “Taste” is an amazing opener the lets you know this will be a high-energy record. “Ice Plant” brilliantly uses layered backing vocals as its instrument as Segall sings “Let your love rain, down on me.” The more I listen to this album, the more I notice and more I appreciate. Looks like I need to get to work digging into the rest of Segall’s discography. 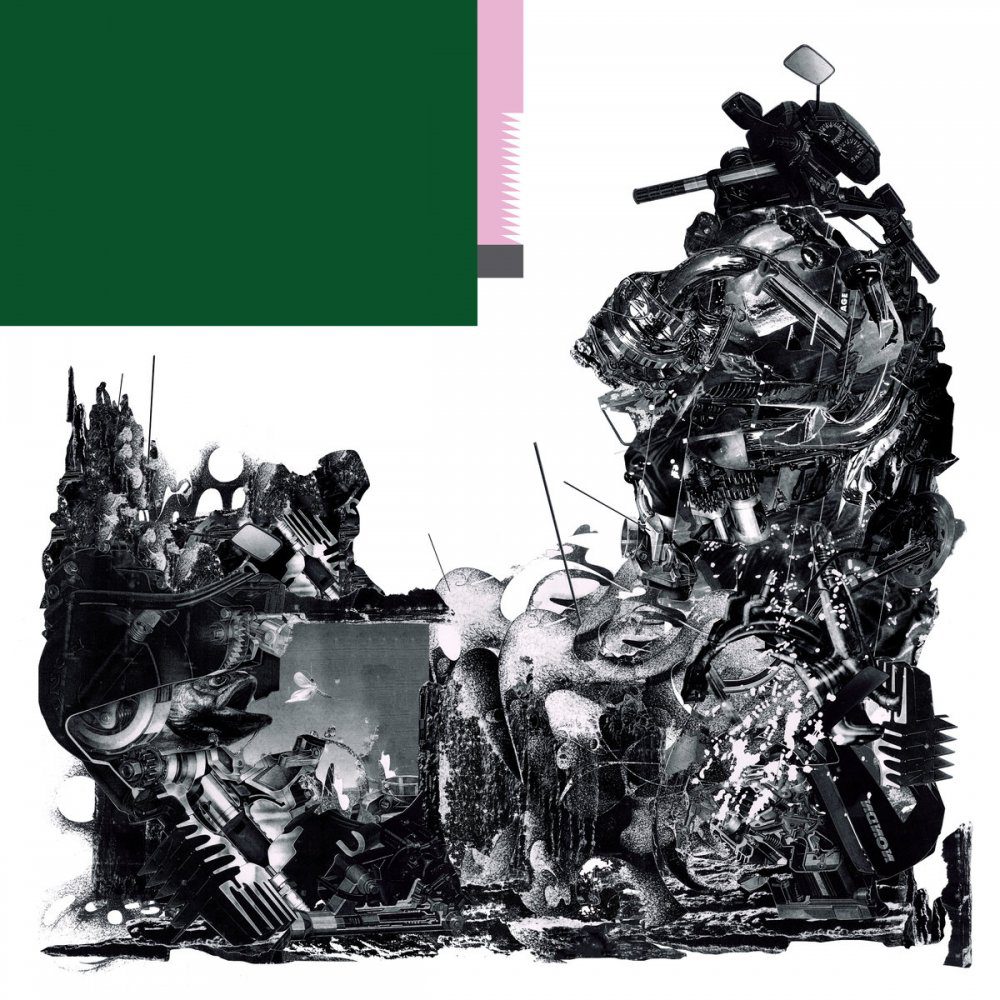 The new London-based experimental rock band black midi released their debut album Schlagenheim in June of this year. The band is difficult to describe—they have elements of punk rock, noise rock, and stuff that’s more jammy. Album opener “953” kicks you in the face with repetitive, strong riffs. And then things get more experimental with the second track, “Speedway.” Right away, we can see the musical range of black midi. Schlagenheim closes in spectacular fashion with the jammed-out “Ducter.” I got the chance to catch black midi at a small venue in Chicago a couple months back. I didn’t really know what to expect going in, but the band blew me away. They played a majority of the songs from Schlagenheim, as well as others that I wasn’t familiar with. But the new songs (new to me, anyway) were just as enjoyable. Black midi didn’t stop playing from the moment they stepped on stage, blurring one song into another, with an impressive amount of energy that just didn’t quit. This is another group of young musicians, so look for a lot more from this band to come.

Foals—Everything Not Saved Will Be Lost – Part 1 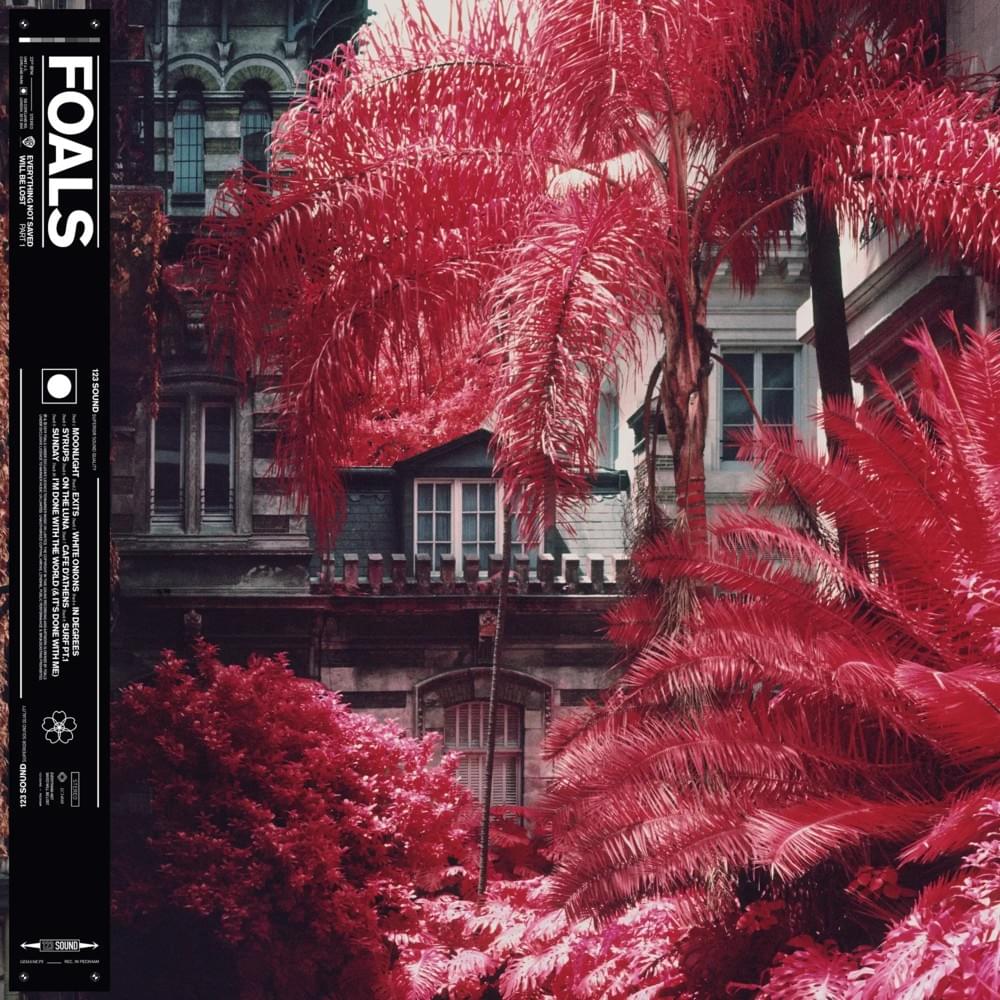 In March, the English four-piece rock band Foals released their first of two 2019 albums. Everything Not Saved Will Be Lost – Part 1 features a good mix of grooves, looping vocals, and moments that make you want to get up and dance. Standout tracks include “Exits,” “Syrups,” and “On the Luna.” The second-to-last track, “Sunday,” soars when lead singer Yannis Philippakis belts out: “Cause time away from me is what I need, to clear my sight and clear my head.” The song also features an almost Radiohead-esque looping crescendo at the end. I had high hopes for the companion album (Everything Not Saved Will Be Lost – Part 2), which was released in October, but was a bit letdown. It’s not awful, but it didn’t come across as anything special. 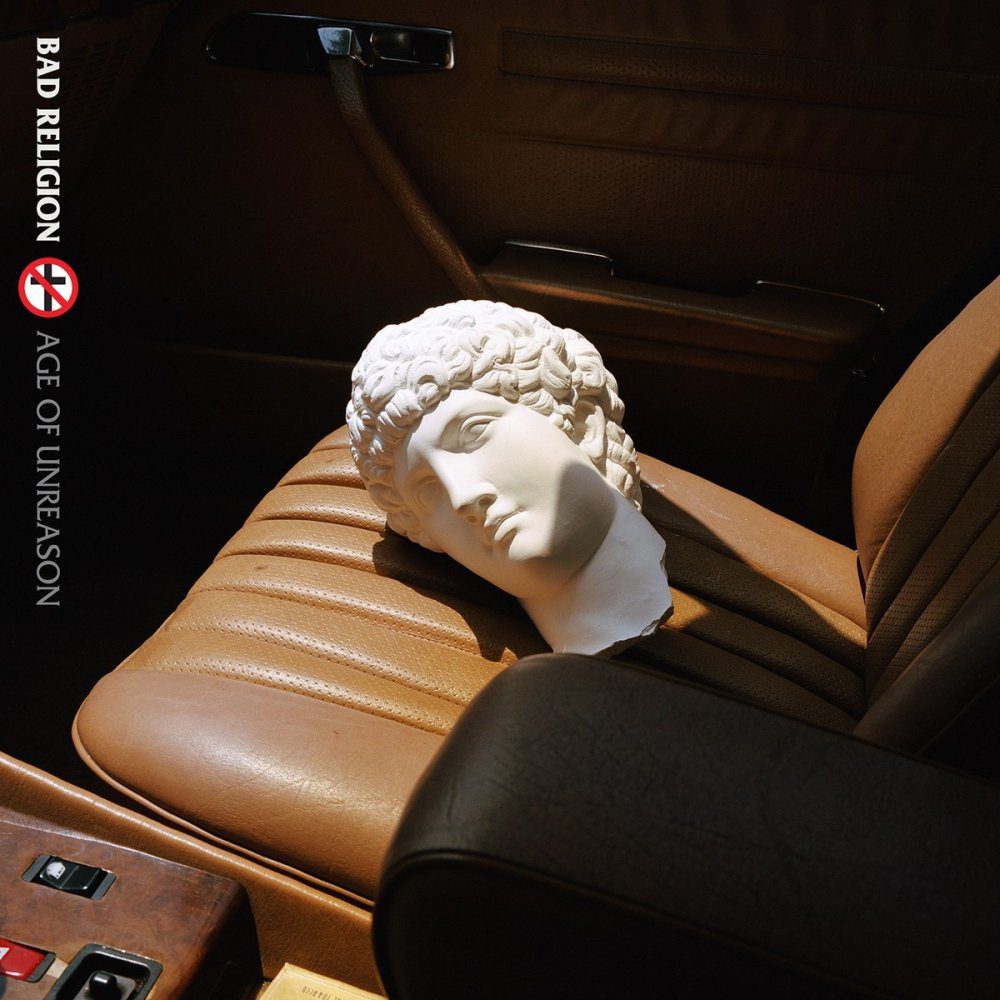 Back in my middle school days in the ’90s, Bad Religion was a staple of my CD rotation. I loved their intelligent lyrics, tight guitar solos, and punk rock sound and attitude. However, at that time, I think it’s safe to say I didn’t fully appreciate the observations of the hypocrisies of government. I was too young to be tainted by the poisons of politics. Flash forward 20-some years, and it’s hard to not be struck by a constant barrage of corruption and cruelty. Bad Religion released Age of Unreason in May, more than six years after its most recent album. The current president residing in the White House and the perilous times we are living in provided plenty of inspiration for the album. Opening song warns of “Chaos from Within.” In the song “End of History,” Greg Graffin sings, “Halcyon days are not a thing/Nostalgia is no excuse for stupidity/I don’t believe in golden ages/Or presidents that put kids in cages.” This album is a flashing red light that the world we are living in is royally messed up. I think we all needed this album. And of course, the band still sounds as good as those albums from the ’80s and ’90s, which is really impressive considering how long they’ve been at it.