On the night of January 10, 2016, Lester Bangs visited me in a dream. I finished reading his biography that week. He showed up at a bus stop with some Taco Bell and a very important message. But I immediately forgot what it was because I woke up around 4 am to the news that David Bowie died.

It was surreal. Just the day before, my first official review of a new Bowie album was published. I’d already had about a week to digest ★ before its official release but still managed to miss many of the clues about death and had no clue the album would be his last. I felt pretty lucky to end up with that gig in the first place, writing freelance reviews in exchange for free music and an almost endless supply of comic books thanks to a college internship. I figured if music reviews were my gateway into a writing career, music writers should offer some insights into the business. My college career only began when a mentor read a blog I wrote about Low, and I like writing about a lot of different music, but after turning in that review, I kind of felt like I really just wanted to write about David Bowie.

And so I cried a lot. I wrote a few blogs about it, but then I just kind of stopped. Not just writing about Bowie’s death, but writing in general. It hung over me like a fog. It felt weird, I knew I shouldn’t be this upset about a celebrity death. But as the year grew increasingly anxious with the election looming, I never regained the enthusiasm I must have had when I ate Taco Bell with Lester Bangs in my dream.

I tried to keep up with writing, but I was already struggling with finding a critical voice for music I was barely interested in and eventually burned out. I learned a lot from the Lester Bangs biography, but mostly that writing music reviews wouldn’t be enough for a living, and meanwhile, I started to feel my creative urges growing restless. For a while it was my story, my opening line at bars and parties; “I used to write about music, then David Bowie died, and Trump happened and everything went to hell. Have you seen the new Twin Peaks?”

But this story I tell, that I stopped writing because Bowie died… is that the truth? Or does his death just encapsulate so much about how the world shifted afterward? I’ve had five years to obsess and grapple with the impact that David Bowie’s death had on me personally, as the beginning of a spiritual journey I certainly did not expect. As society’s institutions crumbled around us over the last five years, I went through a personal metamorphosis that tested the limits of my depression and paranoia.

As I’m writing this, insurrectionists are storming the Capitol. Within months of Bowie’s death, it was a meme that he was indeed holding the universe together and his departure was a harbinger of troubling times. Nobody I know is the same person they were five years ago. For me, it was the beginning of an unravelling that brought on new confrontations with my mental health while coming to terms with my gender and sexuality identity. For the country as a whole, it’s been a period of awakening to the dangerous realities of white supremacy and authoritarianism. The world is indeed a different place than the one David Bowie left behind. 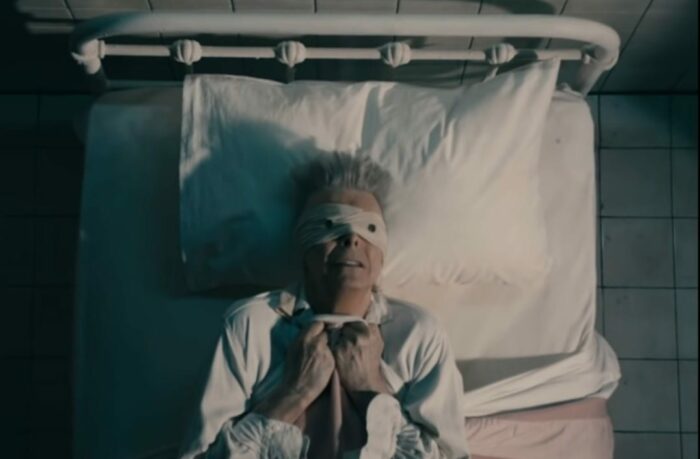 David Bowie’s most signature motif was change. He embraced it, celebrated it, and used it to redefine his artistic persona several times throughout the decades. This tendency was partly driven by a creative need to stay relevant to an adapting audience, but there was always a spiritual nature to Bowie’s multiple transitions. It took me until his death to really understand this.

I grew up Mormon and spent most of my adolescence looking forward to leaving home and serving my church as a missionary once I turned 19. In 2004, in the months leading up to my nineteenth birthday, Bowie began what would be his final tour. I didn’t go. I had no idea I’d never get the opportunity again.

Back then, I was a music-obsessed teenager with little on my mind but starting a band and living the music life. But when I arrived in Provo, Utah to officially begin my mission the day after Election Day in 2004, I was expected to check my identity at the door and commit to a compartmentalized version of myself. For the next two years, I was forbidden to listen to music or watch TV or go to the movies. I’d be miles away from all of my friends and family and was not allowed to use the phone or have internet access, except for once a week at a public library, and I was to remain with my assigned companion 24/7. My life belonged to the church, and I was their full-time representative.

I believed in my religion, but my missionary experience would be the first of several spiritual trials that would ultimately eradicate my faith. After just eleven months, not even halfway through the expected 2 years, I was sent home when I became increasingly depressed and eventually suicidal. In this case, the identity I wore turned out to not align with my true self. It would still take me a long time to leave Mormonism altogether, but I did get a grasp on my mental health and managed to live a somewhat normal life. For a while, anyway.

David Bowie began practicing Tibetan Buddhism at 18. His guru told him to take all of his spiritual energy and put it into music instead of shaving his head and becoming a monk. There was no guru to talk me out of my mission. I spent a lot of time angry about what I’d seen as a major failure, distancing myself from Mormonism spiritually as I learned more about its past and felt the disconnect between my beliefs and my community become irreconcilable.

Bowie’s commitment to change is about letting go. It’s often in retrospect that we get the best analysis of his characters. Ziggy Stardust was only interesting because Bowie retired him and moved on. The Thin White Duke’s retirement, brought on by Bowie’s controversial flirtation with fascist aesthetics, is also central to his significance. Major Tom would be far less interesting without “Ashes to Ashes,” and ★’s true meaning wasn’t clear until Bowie had moved on. As much as it was about letting go, he didn’t hide from his past selves but instead acknowledged his weaknesses and flaws. Each new incarnation was a sign of spiritual growth.

Bowie’s personas are generally interpreted as performance, yet they’ve facilitated a lifetime’s worth of authenticity. Bowie isn’t hiding behind characters, but expressing deeper parts of himself otherwise clouded by ego and insecurity. Even the way we talk about Bowie as an alien entity somehow supersedes something as mundane as a celebrity. It is a performance because every identity is in some way. It broke the concept of stardom wide open for pop music, but it also reinvented the idea of the individual to the listener.

I think this is what I get out of the Blackstar videos anyway. The blind Bowie on his deathbed, or the mortal David Jones, is visited once for a final time by the familiar “Bowie” entity, emerging from the closet like a daemon, or the Platonic genius, to pen a final message. The abundance of ominous clues and meaning behind ★ has been thoroughly overanalyzed by now. It was sublime and perfect, a masterpiece of an album that not only tops the best of his career but the best of the decade. 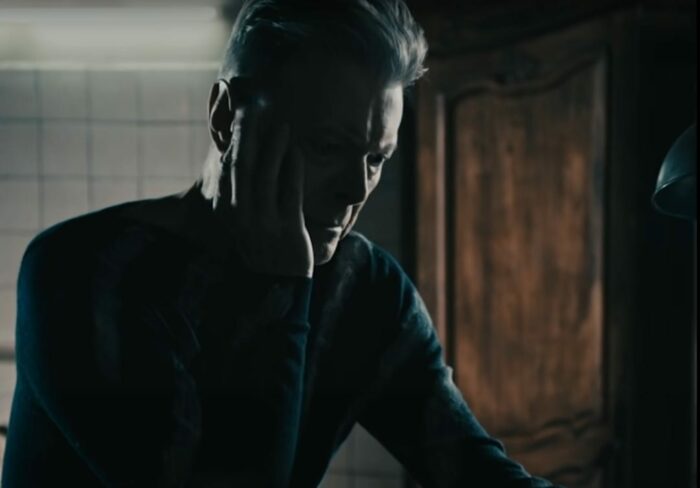 The remarkable symbolism behind ★ led me down rabbit holes and more obsessions. It was haunting. Bowie grew skeptical of his mysticism shortly before retiring but ★ was intentionally rich with callbacks to his Kabbalistic practices and beliefs. According to Bowie’s long-time collaborator Tony Visconti, the story goes that a fortune teller predicted the singer’s death in his 70s. When his cancer diagnosis came through, Bowie must have seen it as a fulfillment of prophecy, leading to the unexpected swan song. This embrace of a faith that is so deeply personal and yet completely open for the public to witness had a dramatic effect on me.

Over the years as I unraveled the puzzle of ★, I found esoteric connections to Aleister Crowley that showed up in comics, movies, as well as Twin Peaks, much like Bowie did. Eventually, I discovered that Crowley’s occult rituals and the spiritualist beliefs of Helena Blavatsky shared mystical origins with Mormonism. The further I went away from that religion, it always seemed to follow me. But instead of living in fear of its history and implications, I’ve learned to accept it as part of me and crucial to how I fit into the world.

There have been moments over the last few years when I felt like my sanity was slipping. My newfound and comfortable agnosticism was worn away by spiritual experiences that continued despite leaving my old faith behind. I recognized my spirituality wasn’t something I could ignore, but it could be something I could control. This is where the music of David Bowie becomes so important. All of the various characters he played and the songs he sings are all telling the same story of an internal spiritual struggle to remain whole as the world shifts and everything we believe in crumbles.

Bowie described it as an ongoing search for his place in the universal order. As an audience, we can see Bowie’s art as proof that we can thrive when we embrace the flow of time instead of resisting. We can learn how to change and let go of our past selves without completely abandoning them. We can’t give everything away.

Cody Ray Shafer is a writer and artist with some thoughts on video games, music, comics, and Twin Peaks.