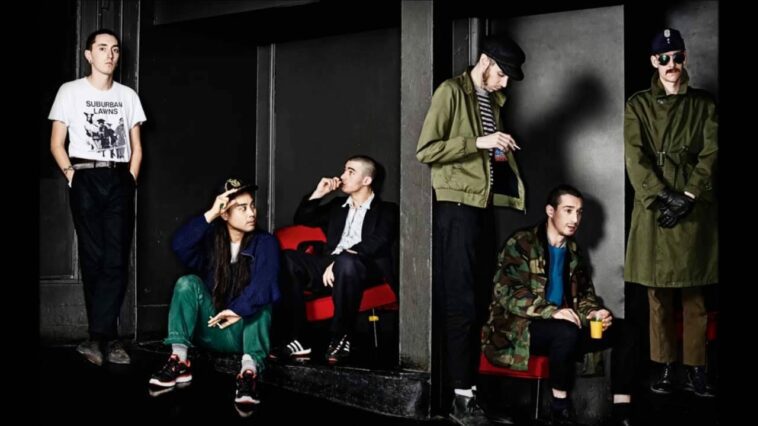 Welcome to What’s the Buzz, 25YL’s feature where members of our staff provide you with recommendations on a weekly basis. In our internet age, there is so much out there to think about watching, reading, listening to, etc., that it can be hard to separate the wheat from the chaff, filter out the noise, or find those diamonds in the rough. But have no fear! We’re here to help you do that thing I just described with three different metaphors. Each week a rotating cast of writers will offer their recommendations based on things they have discovered. They won’t always be new to the world, but they’ll be new to us, or we hope new to you. This week’s entries come from: Andy Hageman, Laura Stewart, Abbie Sears, and John Bernardy.

Andy: I’m always on the lookout for new science fiction reads where excellent world building and techno-scientific futurism combine with prescient geopolitical issues of our day. So, I’ve been eagerly awaiting the release of the English translation of Chen Qiufan’s novel The Waste Tide. Ever since the award-winning novel The Three-Body Problem by Liu Cixin took the Western reading world by storm, thanks in no small part to the astounding translation by Ken Liu, science fiction fans have looked to China as a hotbed of bleeding edge stories. Several of Chen’s short stories have been available in English, such as his poignant eco-future tale “The Smog Society,” and with The Waste Tide readers outside of China now have access to a novel-length encounter with his formidable imaginative powers.

What makes The Waste Tide particularly appealing is that its story hinges on an intercultural dynamic of techno-culture. In our intercultural moment, when the CFO of Huawei is arrested in Canada as an act of tech-centered geopolitics and China and the U.S. are tangled up in matters of trade and telecommunications, AIs and soybeans, Chen’s portrait of a future China shaped by the production, circulation, consumption, and waste of tech devices couldn’t be more germane. By featuring an international range of characters, The Waste Tide deftly balances its China specific elements with global intersections such that readers can access the story and perceive their own implication in the novel’s events even if they pick the book up without knowing a lot about contemporary China. It’s a story that fits Kim Stanley Robinson’s suggestion that science fiction is a key genre today because we live in a world that resembles an SF novel that we’re all writing together.

For a final buzz note, Chen creates some dazzling human-machine interface scenes that make The Waste Tide a significant contribution to cybernetic/cyborg science fictions. I found myself rereading these scenes because at first they advanced the thrilling pace of the plot unfolding, but at second glance they’re imbued with carefully crafted nuance and the uncanny recognition of our own deep integration with the digital signals we send and receive through handheld amalgams of rare metals and toxic plastics. 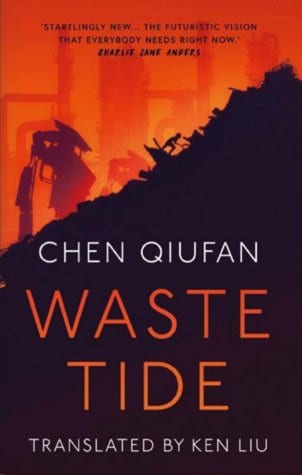 Abbie: I am very excited to share this podcast with you. This week, Karamo Brown of Netflix’s Queer Eye blessed us with his new project: a podcast, exclusive to Luminary, called Karamo.

I hope that you are all familiar with Queer Eye and the Fab Five, as they are currently taking the world by storm. Karamo is the cultural expert on the show, he gets in deep with the heroes, and focuses on emotion, family issues, friendships, relationships, self confidence, and everything that has a serious impact on our lives. Karamo is impacting lives in every episode, and he’s bringing that over to his podcast.

Each episode, guests will call in to discuss a problem they are experiencing in their lives and Karamo shares his wisdom and his own experiences to help them overcome these issues. Even in this first episode it is clear the callers were so touched by his words, and were able to break through their issues and find a resolution within themselves. This week’s episode was based on conflict in relationships, not just romantic, but friendship and family relations too. The episode also featured a very special guest—the most attractive man in Hollywood?—Antoni Porowski! Antoni and Karamo give us an insight to their own personal relationship and discuss a conflict between them during the beginning of filming Queer Eye. They give some excellent examples of overcoming conflict through communication, and discuss trust between friends who have once given you a reason not to trust them.

This first episode is an excellent introduction to whats planned for the future of Karamo, and I have no doubt the remaining members of the Fab Five will make their appearances too. I highly encourage you to head over to Luminary and listen to Karamo; you will be touched by the stories from the callers, and completely inspired by Karamo, as always!

Laura: Fat White Family are back with their third album, Serfs Up!, and they are a band reborn. After 2016’s Songs For Our Mothers, an album full of references to the Third Reich—uncomfortable, tense, and provocative—and with half the band dealing with heroin addiction and falling out with each other, it looked unlikely they’d have a future at all. But no, brothers Lias and Nathan Saoudi upped sticks and moved to Sheffield, estranged guitarist/vocalist, Saul Adamczewski, joined them and together they got clean and wrote a genuinely sublime synth pop/rock/glam/psychobilly album that is what the world, or at least the Brexit-sick UK, needs right now.

Still not shying away from provocation by any means, but this time the political bitterness is more subtly dropped into the lyrics, like on opening track and single ‘Feet’, (“G.G. Hadi tears in the Woody Allah dirt / This one’s on a crusade, this ones stuck at work / I hope your children wash up bloated on my shore”) which despite its content is an epic and uplifting disco stomper, built up layer by layer. ‘Kim’s Sunsets’ is a hazy reggae number with an oriental twist, that whisks you away to the beach, that is until you realise they’re singing, satirically, about the sadness of the North Korean leader presiding over his missiles, having all that firepower but doomed to never get to use it. Ok, maybe that beach is the aftermath of a nuclear fallout.

Second single ‘Tastes Good With The Money’ is an ode to the wealthy Kensington lot in the wake of the Grenfell Tower Fire. Baxter Dury also makes an appearance on this track which begins with Gregorian chanting and ascends into a T-Rex style stormer about the excesses of wealth. ‘Vagina Dentata’, derived from folklore pertaining to a toothed vagina capable of castrating its victims, is not what you’d expect from the title, as it fizzes gently into a hazy melody, backed by rippling sound effects. ‘Fringe Runner’ delivers a devastatingly dirty Grandmaster Flash style bass mixed with synths that the 90s rave scene would be proud of. But its the ghostly transcendent tracks ‘When I Leave’ and ‘I Believe in Something Better’ that really crawl under my skin, in the most gorgeous of ways. The uneasy listening and lyrical bite resonate beneath lush strings, ’50s surf guitar reverb and saxophone flourishes.

It is fair to say that Fat White Family have created their most enthralling album to date, reaching out from the circles of purgatory towards a realm of blissful enlightenment. They won’t care if you listen to it or not, but you should. Serfs Up! Is out now on Domino Records.

John: The Front Three-Quarter View podcast is the newest Twin Peaks-related podcast I’ve come across and it’s a good one. The host covers random topics at about a half hour per episode, and it reminds me of a British version of Deer Meadow Radio. So far we’ve heard about the Orpheus myth, Parts 17 and 18, Secret History of Twin Peaks, the back half of Season Two, and Nostalgia & Hauntology (a particular favorite of mine). You never know where James will go next but it’s always someplace wonderful, strange, and thought out.

It’s nice getting these bite sized topics once a week, deep enough to explore properly but not so deep your head runs out of room to follow things. It’s both casual and deep-dive style.

Currently you can only find the podcast at tinyurl.com/FrontThreeQuarterView but once the host figures some things out I bet he’ll be back on places like iTunes along with the first couple episodes. I binged it in an afternoon, if that’s an indicator of quality.

I hear this week we’ll get a dose of Final Dossier.

Those are our recommendations this week! What would be yours? Let us know in the comments.