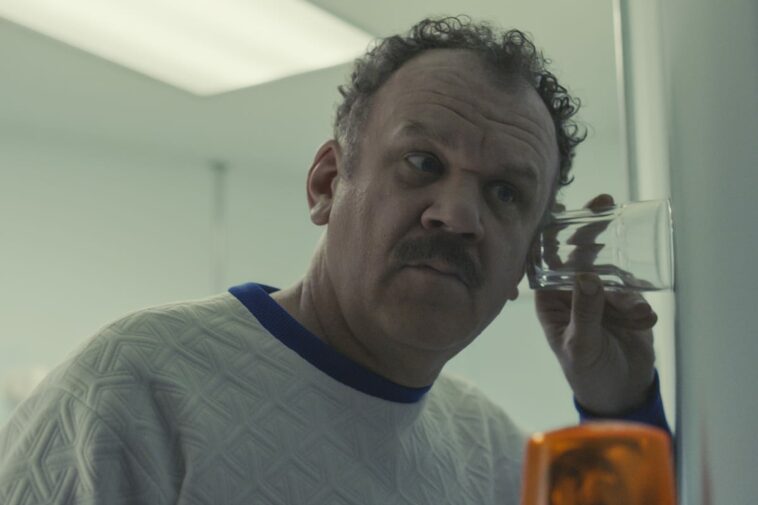 Welcome to What’s the Buzz, 25YL’s feature where members of our staff provide you with recommendations on a weekly basis. In our internet age, there is so much out there to think about watching, reading, listening to, etc., that it can be hard to separate the wheat from the chaff, filter out the noise, or find those diamonds in the rough. But have no fear! We’re here to help you do that thing I just described with three different metaphors. Each week a rotating cast of writers will offer their recommendations based on things they have discovered. They won’t always be new to the world, but they’ll be new to us, or we hope new to you. This week, Hawk Ripjaw checks out Moonbase 8, Emma Gilbert is watching Transformers Generation 1 (from the ’80s), and Abbie Sears is listening to Pulp’s “Common People.”

Hawk: As with anything Tim Heidecker is involved in, it’s important to go in without too many preconceived expectations beyond subversion. Heidecker and collaborator Jonathan Krisel operate on a different creative plane, with bizarre and occasionally confusing results. I wasn’t immediately sold on Moonbase 8, until I started to understand what it was doing: playing into the fear of degradation of masculinity via a tongue-in-cheek mumblecore comedy. It’s going for a lot, and doesn’t quite land, but it works well enough if you can get on board. Admittedly it took me a couple of episodes to do so, but after the fact I found myself very much enjoying it.

Moonbase 8 centers on three astronauts currently residing in a simulation base in the desert to prepare them for a trip to the moon. All three of these men suffer from the looming specter of failing to live up to expectations: Cap (John C. Reilly) has a failed helicopter company mired in legal trouble after unpaid taxes, with this being his only escape; Skip (Fred Armisen) languishes in the shadow of his extremely successful astronaut father, desperate for any foothold in the industry to prove himself; and Rook (Tim Heidecker) is a devout Christian dedicated to spreading the Gospel at the behest of his pastor despite leaving his wife and several children behind, with the distinct possibility of being cuckolded by said pastor. A central theme of the series is the fear of emasculation and fading into obscurity, though the characters’ existential dread is tempered by the fact they are all absolute dolts—not in an excessively cartoonish way, but broad enough that it’s understandable why they are where they are.

Many of the six episodes in the first season find the characters confronting new characters and situations that overshadow their own intelligence and capability, and they only manage to overcome them through upward failure or sudden favorable turns of fate.

I went into Moonbase 8 expecting absurdism on par with the Heidecker/Krisel brand, and was initially disappointed at how—for lack of a better term—mellow it was in comparison to their usual output. This is not a nightmarish genre parody, but more of a subtle commentary sprinkled with some fringe bizarre. But by the middle of the second episode, I started to key into the show’s tempo as a sort of mumblecore parody. These guys are horrendously boring failures, evidenced by their inane conversations, dogged adherence to suit etiquette even in the face of immediate danger, and profound lack of ability to rationally react to new turns of event. They’re not even really that stupid; they’re just not really that smart, either.

It takes a second to lock into the tempo of Moonbase 8 and shed the expectations of Heidecker/Krisel’s anarchic madness, but once you do, it’s surprisingly satisfying. The flavor is still there, but on a different wavelength, and that’s just fine.