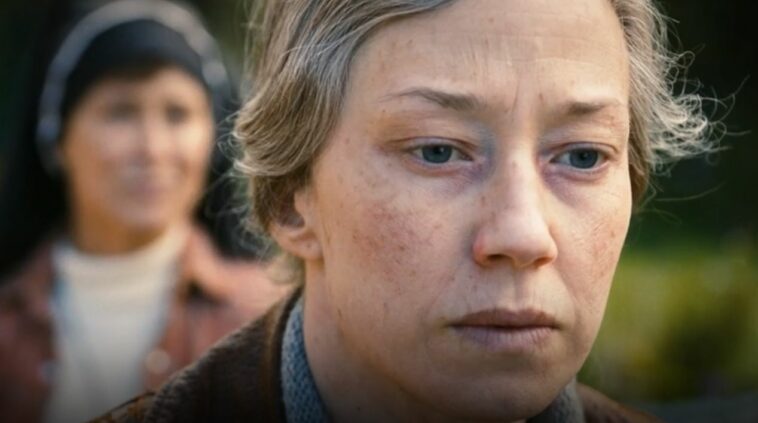 I’ve found myself thinking about The Leftovers a lot lately, and its finale (“The Book of Nora”) in particular. I wrote on the show rather extensively a few years back, in the Before Times, and I hope you might go read that work because I’m proud of it. But things feel quite a bit different in 2021 than they did in 2018, almost like we’ve had our own Sudden Departure to grapple with.

At this point in previous drafts, I’ve started talking about COVID-19 and how I know a pandemic is not a Sudden Departure, which of course you know too because it’s obvious. And then I’ve started delving into things about my experience over the past year and a half, but they’ve had a way of feeling too weirdly personal, or I’ve worried about finding common ground. Has your experience been like mine? I feel like, if I’m honest, I simply do not know. Are we still living in the same world? Were we ever?

So I’ve decided to bypass details in this instance, and leave the broader context of this writing implicit in the background because that worry about a lack of common ground gets closer to why the finale of The Leftovers has been recently sticking in my mind than any strained analogy between events in the show and events in this reality we inhabit. And I expect that my creeping ontological anxiety may well resonate with you, even if we’re getting there in different ways. Best not to get bogged down in tangential disputes.

In phenomenological terms, a world is not simply a collection of states of affairs in space and time. Though this might define factual reality in a brute sense, the point is precisely that we never get such an objective reality. Rather, the world is always already structured by what we bring to it in experience—most significantly, our sense of meaning or how the whole thing hangs together. Without this, reality would be chaos, but then it’s immediately obvious that we don’t all live in quite the same world ever. There are always small differences, but often hopefully also some common ground.

Sometimes there is more than that. A family may inhabit the same world in a deep sense, for example. It’s not blood or biology that holds a family together. Everyone knows this. But neither is it love so much as a shared ontology. This is what makes us close. We agree about what’s real and what isn’t, about what is a concern and what isn’t. We agree about the world we live in and thus make that world real in an intersubjective way.

The Book of Nora

In the series finale of The Leftovers, Nora tells Kevin a story about how she traveled between worlds. And at the beginning of “The Book of Nora,” we get to see her prep for the same. She’s in search of her family—her children—and she finds them. But it’s not quite them. So much time has passed and their worlds have diverged (literally). Whereas Nora lost all of them, they still had each other. She was but a ghost to them now.

There have been debates since the finale of The Leftovers aired about whether Nora is telling the truth in this scene. Kevin believes her, but should we? I think we should, and further that whether what she describes is a matter of fact or not, it’s the truth.

Take it as a metaphor: here is Nora, whom we have come to know over the course of The Leftovers before we jump forward in time an untold number of years. Already at the end of the first season, she expressed in a letter to Kevin her desire to just go away, somewhere where no one knew what happened to her or who she was.

Which is precisely what we see in the finale. She even goes by a different name (Sarah), living a solitary little life tending to birds and eating egg sandwiches.

She’s ready to run when she learns Kevin is around. He is a threat to this small world she has built for herself—the world she built because she just couldn’t deal with others anymore. She’s become a ghost to her kids, so she’s decided to become a ghost to everyone else, too (except Laurie).

This is already evident in the opening scenes of “The Book of Nora” as she prepares to enter the machine. The Matt Libs constitute her obituary, with her brother free to tell the world whatever he likes (or whatever feels right to him) about what happened. It’s not Nora’s world anymore.

You can take this all metaphorically if you like, with the machine itself serving as a symbol for Nora’s exit, passing through her trauma. Curled up like a fetus, the fluid rushes over her and she braces herself for it. This is all of her pain washing over her, which Holy Wayne could not hug away. It’s a decision to stop fighting against it and to instead incorporate it. And her story of the desolate world wherein her family was happy without her can be taken as her reconciliation with the fact of their irrecuperable loss.

But so then, what’s next? Nothing is next.

This is what Nora achieves in her life in Australia, focused on her birds and her day to day. She makes an egg sandwich and eats it. She has cut herself off from her past and all those she’s known and loved. She’s skipped her dear brother’s funeral. She talks to Laurie sometimes, but they have a deal—Nora won’t ask about anyone there, Laurie won’t tell her anything about anyone there, and she won’t tell anyone there about Nora. And she’d never betray that.

The communication with Laurie is easy enough to understand. She and Nora have traveled similar paths, with Laurie having joined the Guilty Remnant at one point and Nora being a perfect candidate for the same…except she thinks that’s a cop-out. But by the end of it, Laurie thinks it’s a cop-out too. She leaves the Guilty Remnant and is back to trying to help people without judgment. And what she offers Nora is precisely someone to talk to outside of the confines of the world or its judgments. Unencumbered by their positions in some kind of narrative, they can speak freely and live in the truth. 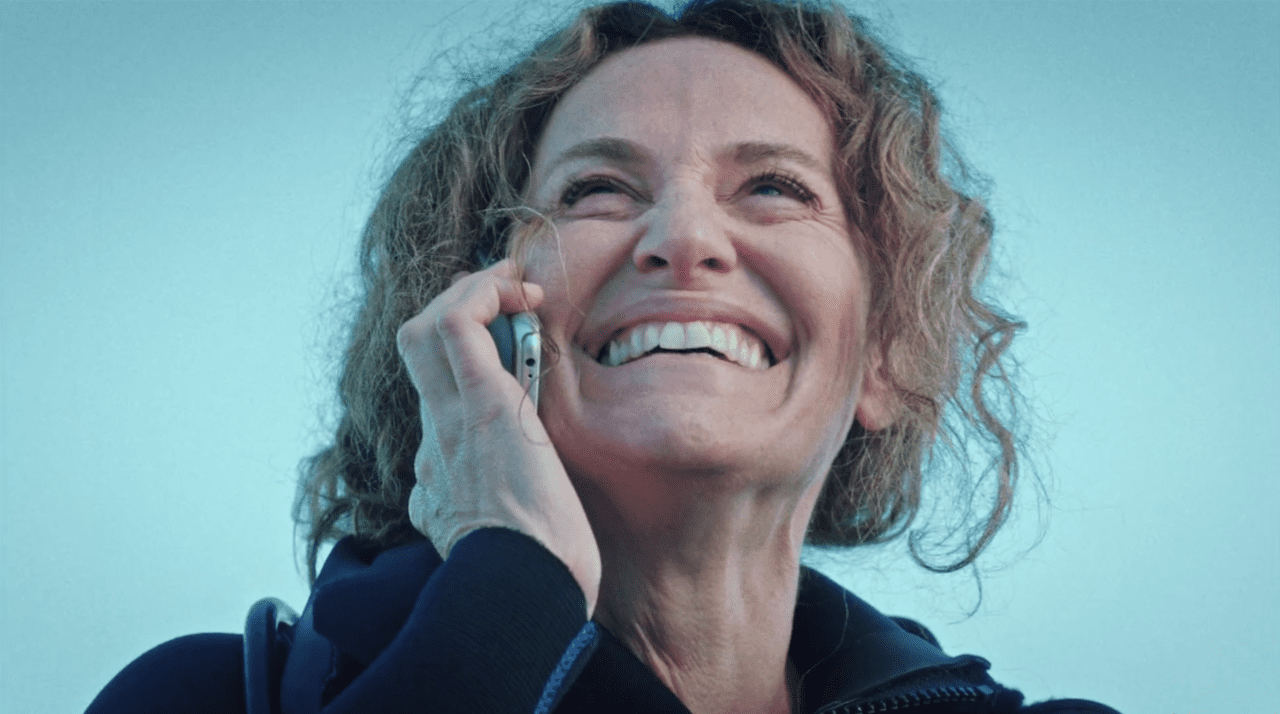 What Kevin offers when he comes to Nora’s door and pretends they hardly know each other is similar, but more like a mirror image of the truth than the truth itself. It’s a reality where none of the crazy stuff happened, without all of the pain, where they’d just met briefly one night at a dance, and he’s had a crush on her ever since. He definitely would have gone to Miami with her if she’d asked…he loves Miami.

It’s a brilliant move, and very un-Kevin-like as Laurie says, to put everything aside to reconnect. But ultimately Nora can’t do it because it isn’t true. She leaves Kevin standing at the altar where no goat has been sacrificed (that would be weird) before finding that literal scapegoat and putting its beads around her neck.

Symbolically, she’s taking the blame onto herself—the proverbial weight of the world. It’s not like that theory that maybe she caused her family’s departure, except that it is insofar as she’d rather take the burden of all of that blame at this point than bother to struggle against it, and the blame for what happened between her and Kevin, too.

As she finds that goat, stuck to a fence because of those beads, Max Richter’s score plays for the first time in the finale of The Leftovers. Up until then, it had been jaunty jazz tunes. Old standards. But now Nora can no longer pretend, and she’s decided not to flee.

Her birds, which are trained to do only one thing—come home—are nowhere to be found, so she berates a nun about it. She takes the goat in as a kindred spirit and starts reading the notes past birds have brought with them, which we now know have come from a wedding service like we’ve just seen.

I imagine she’s never read them before, simply kept them in a bucket, like the kind of thing it feels sort of wrong to throw away even though you don’t really care about it. Other people’s desires, other people’s worlds—this is precisely what Nora has decided to avoid for all of these years, living her little life in the countryside of Australia, where she has to ride her bike even to reach a phone.

When Kevin returns and tells her how he has been coming to Australia year after year, refusing to believe that she was dead, she offers him tea. Now they can live in the truth together. Which again isn’t about factual reality—states of affairs and causal relations between objects and so on—but rather transcends that reality. The truth can transcend worlds, not forming a bridge between them so much as standing outside of them.

Tears form in Kevin’s eyes as Nora tells her story, and in her own, and in mine and yours. This absurd science fiction provides a deep catharsis.

Of course I believe you. You’re here. You’re here with me in the truth of this moment as I hold your hand. We don’t have to pretend it all didn’t happen or offer excuses. In this space of forgiveness we can abide for the moment, forgetting all those mundane concerns and without regard for all that time that has passed.

It’s a moment of transcendence.

If the show has been about the absurd and how we grapple with it—how we flail in the face of senselessness and grasp for meaning, even willing to hold tight to a faith in meaninglessness—it ends with the acceptance of the same. Not on a grand historical scale but an interpersonal one.

Because nothing else would make sense.

If our worlds are similarly fractured, if we’ve gone too long without talking with the people that we love because we’ve felt like we couldn’t—because we didn’t want to talk about all of it, but what else is there to talk about?—if we’ve felt the simple question “how are you?” to be laden with too much pressure to cope with and have rather withdrawn into ourselves, recoiling away from some fractious dispute about what’s real and what comes next, perhaps we can find some solace in “The Book of Nora” and some minimal hope for a moment like this, sitting across a table from someone we love, holding their hand, and feeling the weight of the world lift for just a moment. 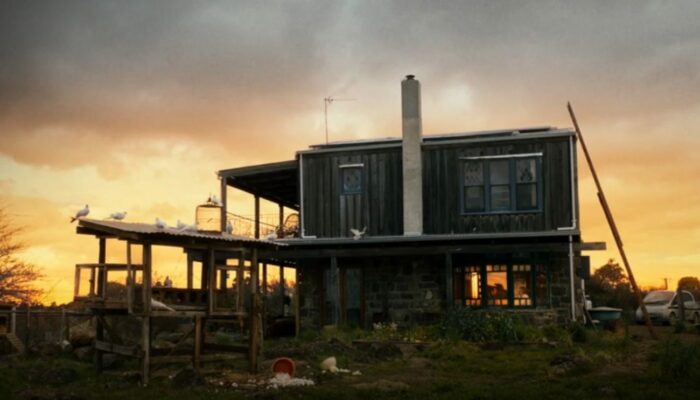 The goat leaves. And then the birds come home.