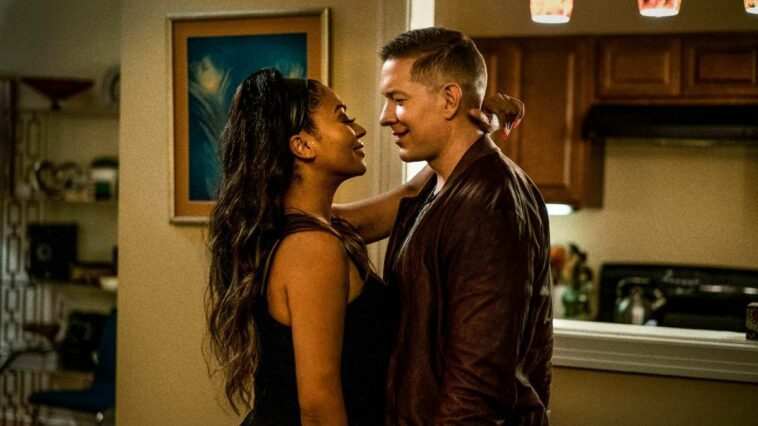 You know when you finish the latest episode of Power and then Netflix takes you back to Season 1 Episode 1 and you’re left staring at that image of Ghost and Angela in Truth? I have had so many mixed feelings through that image now, and season 6 so far has only mixed it up more. At the end of this one, I’m just left thinking that James is messing everything up, and maybe that’s all he’s ever done.

This week we join a heartbroken Ghost as he watches Tommy’s car, covered in bullet holes, being taken away from the scene of the crime. Ghost meets with Tommy’s supplier who is pretending Tommy is dead, while also offering Tommy extra protection from Ghost. It’s clear that all this guy cares about is his money, and honestly we don’t care about him either. He’s not the real threat anymore.

Tariq recruits his school roommate to sell his supply of pills, and the moment he said it I had the feeling this was going to lead to a dangerous situation for Tariq. In Power, you can’t trust people, you can’t even trust your neighbour, and in this episode Tariq gets pulled into recruiting two people—he’s basically started a business. His roommate lets him know someone insists on meeting with him and “she fine” too, apparently. When he meets her though she straight up tells him that he stops or she lets everybody know. While she claims that she doesn’t like him living up to the stereotype of being a black kid from the city who comes in selling drugs, it doesn’t take her long before she is convinced to sell pills for him to make extra money and not have to work at the book store. A lot of questions are raised here. Is she using him for something or waiting to blackmail him? Could Tariq become the next Ghost of the drug business? 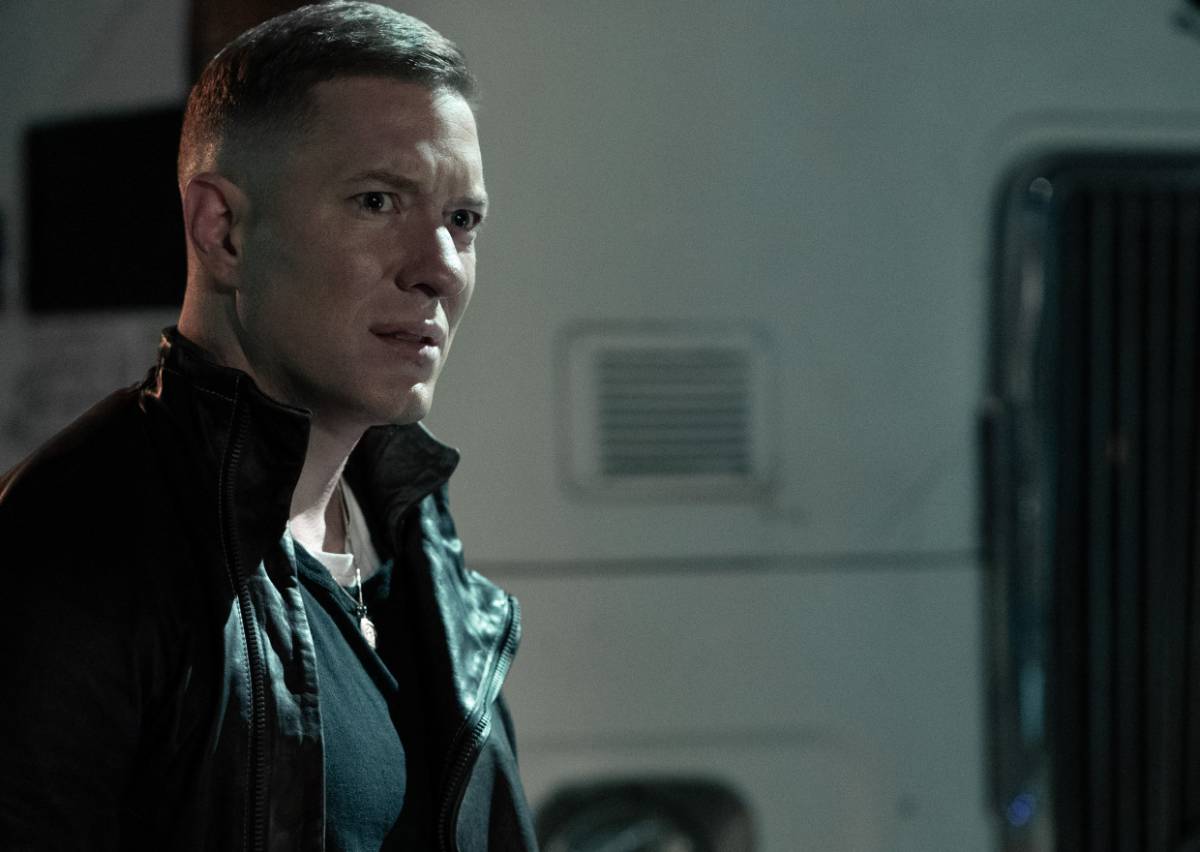 Later on, Tariq tells Tommy over the phone that he needs to let him know before he makes his move against Ghost. For someone who hates their father so much they’d see them killed by their uncle, Tariq sure seems to be heading down the same path of his father’s life. He might have chosen Tommy’s side but I don’t think Tommy and Ghost, or even Kanan, are all that different.

Tasha meets up with Paz, after receiving a text from Angela’s phone. Paz was trying to contact Jamie, and ends up discovering Tasha was meeting up with Angie, and Paz herself ends up convinced to work with Tasha. Tasha is doing everything she can to protect herself and her kids; she’s not afraid to blackmail or use, and rightfully so. After being cornered by Detective Blanca, I find myself questioning whether her new lack of emotion towards her husband pushes her any closer to throwing him under the bus for killing Terry Silver.

Meanwhile, in a meeting with Proctor, Ghost tells him Tommy is dead, and also seems to expect some sympathy by exclaiming “He was my fucking best friend man, he was my brother.” I’ve been saying this the whole time: Ghost and Tommy, they family. It’s only when Tommy is “dead” that he seems to realise that? I had hoped at this point maybe Ghost wouldn’t feel so vengeful in finding out his brother is alive, but we see later that’s not the case at all.

Proctor is going through his own big mess in this episode of Power too, his “coked-up ex wife” is fighting for custody of his child. Why is that? Because she’s suddenly become a loving mother? Nope. Because the feds want her to bug her own daughter’s backpack to follow what Proctor is up to. Not only does this prove that this mother is a real piece of trash, but it is also going to cause serious trouble for Ghost.

Tommy and Lakeisha seem to take a step forward in their relationship, where she believes that she is working with him and in the process being bought fancy presents now too. But in reality isn’t this a step back? Tommy went from honestly to secretly talking with Tasha behind Keisha’s back, and honestly using presents to distract her from the shit he’s going to make her do. I’m definitely wanting Keisha to make a quick escape from this situation while she still can, but that’s never going to happen.

Councilman Tate really shows us the evil side we all knew he had here. After reuniting with Ghost at his rally, he hires an angry attendee to check out what Ghost is up too and who he’s dealing with, and he punches his assistant in the gut for questioning his actions. I’ve been waiting for this guy to stop being so irrelevant in the story of Power, perhaps he’s working up to that.

In this episode we attend Angela’s funeral. It’s emotional, but the real emotion here comes from the shock I felt when Tommy shows up and walks right up to Angela’s sister offering his condolences. Ghost’s face is one of pure shock, maybe even fear. Tommy is alive, and he is sure as hell going to be coming for Ghost after this. Ghost asks Tasha if she knew Tommy was alive; she responded with a “yep” but that smile on her face means she sees a plan coming out from Tommy. At this point, I think both Tariq and Tasha are open to Tommy killing Ghost. He blackmailed her into going to Angela’s funeral by telling her she would look innocent, and he confessed to killing Tommy to his son’s face. Right now, it’s the world against Ghost and he’s too heartbroken to actually accept that and take control of the situation. 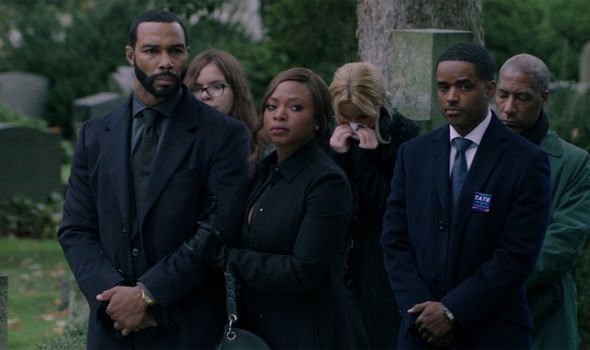 The end of this episode of Power gives the audience something we’ve been asking for. Where is Dre, and how will he come back into the lives of Ghost and Tommy? Dre had been taken into witness protection in Season 5, and Detective Donovan pays him a visit just as he discovers Angela is dead. The police want Dre to immediately testify against Alicia Jimenez, and the episode ends on a concerned Dre as a look of revenge spreads across his face.

I am very interested to see what Dre’s next move is here. Nobody at this point has even mentioned Dre, did they forget about him? Ghost seems to have pushed everything else concerning him to the side to focus on feeling sorry for himself and seeking revenge on Angela’s death, but right now, he needs to be watching his back.

We’ll have to tune in to next week’s episode of Power to see what Dre has planned, and we’ll be discussing each episode weekly here at 25YL.